Seven years ago, I was living in Oxford. I had just been through a break up and was sharing a house with no one I knew, and most of my friends from the city had recently moved to other parts of the country. Although in the grand scheme of things I had a lot going for me at the time, it didn’t feel that way, and I felt very lonely.

I lived nearby a good friend called Tom, who I would often visit for some respite from the way I was feeling. We would watch TV and listen to music. Tom didn’t try to do anything to make me feel better, but offered some much needed companionship. Another friend of mine used to poke fun at the fact that Tom and I didn’t speak much when we were together, as though we had nothing to talk about. But that’s not how I viewed our friendship: the knowledge that he was my friend and there for me was enough.

I decided to use some initiative and started volunteering to run activities in a local care home. I met Joan, Barbara, other residents and volunteers who were all vastly different to my other friends. The experience showed me the value of intergenerational friendships and breaking out of my social bubble to meet people with different lived experiences. After a few months of volunteering, I realised I had new local connections: a small community of friends who were excited to see me each week. I was excited to see them too.

A year later, I also started visiting an older man in his 90s called Denis, who I was introduced to through a local charity. Even after leaving Oxford three years ago, I would return to visit Denis once a month for an afternoon, until he sadly passed away at the beginning of this year. We used to look at photos of his family on his computer, watch snooker or listen to early jazz on speakers he had built 40 years ago with his son. Often we would sit, watching or listening, sometimes not saying much, and I would be reminded of my friendship with Tom.

Our friends in the North (London)

I moved to London three years ago and was fortunate to find a job at North London Cares – one of South London Cares’ sister charities – coordinating their Love Your Neighbour programme in Islington. The models at North and South are identical: running four different programmes – Social Clubs, Love Your Neighbour, Outreach and Community Fundraising – to support younger and older neighbours to build new connections and tackle loneliness. Overall the approach chimed well with my own experiences of loneliness, and the organisation was a perfect fit. 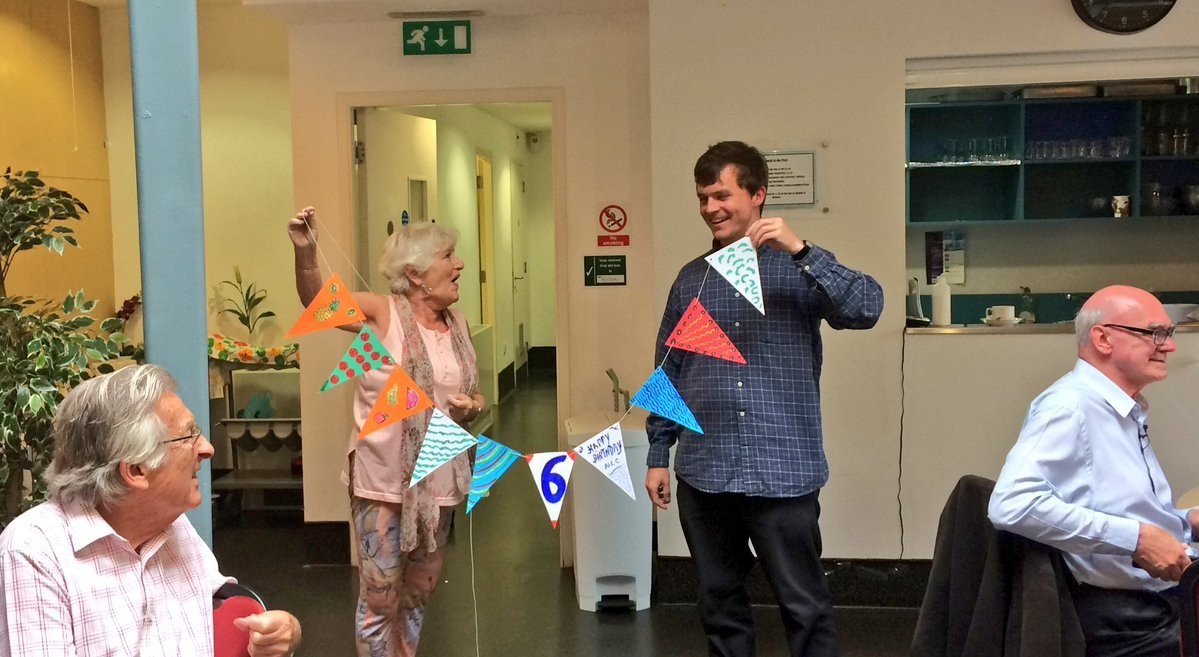 Although I live in the Queen’s Road area in Southwark, Islington very quickly became a second home to me and my new community. By the time I left, I felt my knowledge of street names, pubs and bus routes had earned me an honorary place among the many brilliant neighbours who live there. While supporting younger and older neighbours to form new connections and friendships, I made many connections and friendships of my own.

When the national lockdown was imposed in March in response to the COVID-19 pandemic, I was no longer travelling up to Islington for work each day. Instead, I was working from my flat in South London, supporting younger and older neighbours remotely to join our new programmes such as Virtual Social Clubs and Phone a Friend, as well as organising much needed practical support for those who were shielding.

During lockdown, I was very lucky in many respects: my family were well; I had a job; and my flatmates and I all adjusted to lockdown amicably. Nevertheless, as I started to spend all my time in the local area, it felt like my world had shrunk. I would be heading to my local supermarket or park and be thinking how unfamiliar the area felt to me. It dawned on me that I hadn’t taken the time to build any connections locally.

The coronavirus pandemic reaffirmed to me how easy it is to feel lonely and how important local communities are in supporting each other during disconnected times. So, when the opportunity to join South London Cares arose, I felt it was the right time to build those local connections and get to know neighbours in my own patch.

Since starting at South London Cares, I have already attended several brilliant Virtual Social Clubs, including a Congolese dancing workshop and Desert Island Discs, where I have met neighbours such as Lizzy, Bev and Peter. Like my new colleagues, they have welcomed me enthusiastically, and South London Cares already feels like my new community.

It’s also been a pleasure to speak to neighbours in our wider network through calls we are making to those who haven’t joined our remote programmes, to discuss what we can be doing together over the coming months as the coronavirus pandemic tragically continues. With new restrictions coming into place soon, I'll be working with the team to broaden the type of tech support we offer, as well as plan new face-to-face activities as soon as guidelines allow them.

Everyone’s experience of loneliness and the pandemic is different. We really value input from our network into how to address the huge challenges that we’re confronted with at the moment. So, please do get in touch if you want to talk about our work and how we can be supporting as many south Londoners as possible.

If you want to discuss anything in this blog, or you or your organisation want to work with South London Cares, you can contact Harry at [email protected].