Last summer, I went to see Amanda Wilkin's play Shedding a Skin, which tells the story of Myah, the young woman living in London who builds a friendship with her older landlady. It's a play about loneliness, but it's also about rediscovering kindness and connection, and what we can learn from the older generation. These are all things I've come to understand and value through my work at South London Cares on our Love Your Neighbour programme, and it was an important reminder of why the work we do matters so much.

From the beginning of the play, Myah is made to feel that she doesn’t belong. She expresses anxieties about her inability to fit in, an insecurity rooted in her biracial heritage and extends to her wider feeling of isolation from the people and world around her. She is soon left without a job, relationship, home, stripped of her confidence and instead with ‘this unsurmountable loneliness’, a loneliness she is too ashamed to admit.

She’s not alone in this feeling, and in fact we know this is something that’s prevalent across the local community in which we work. In 2018, it was reported that 16-24 year olds experience loneliness more frequently and intensely than any other age group, and in 2019 survey, 28% of people living in Lambeth and Southwark said that they don’t feel they belong in their community. For some of our own neighbours this is what has led them to our programmes; from older neighbours who barely recognise the local area they’ve spent the last 70 years in, to younger neighbours, like Myah, who struggle to find connection in a large and anonymous city.

One of these younger neighbours is Steve, who moved from Dublin to London, and spoke openly about his own experience of loneliness at a recent Cares Family event:

“I want to make a fresh start, moving to London and I came with loads of enthusiasm, maybe a little underprepared for what it would be like being in a city of this size on your own... It kind of creeps up on you, and in two or three months I realised that I felt lonely. It wasn’t something I had experienced before and, to be honest, I never really thought I would experience it. It takes away your confidence and your humour and it makes you a little bit sad, and even a little bit scared. So the very qualities you need to escape it, just when you need them, it takes away from you.” 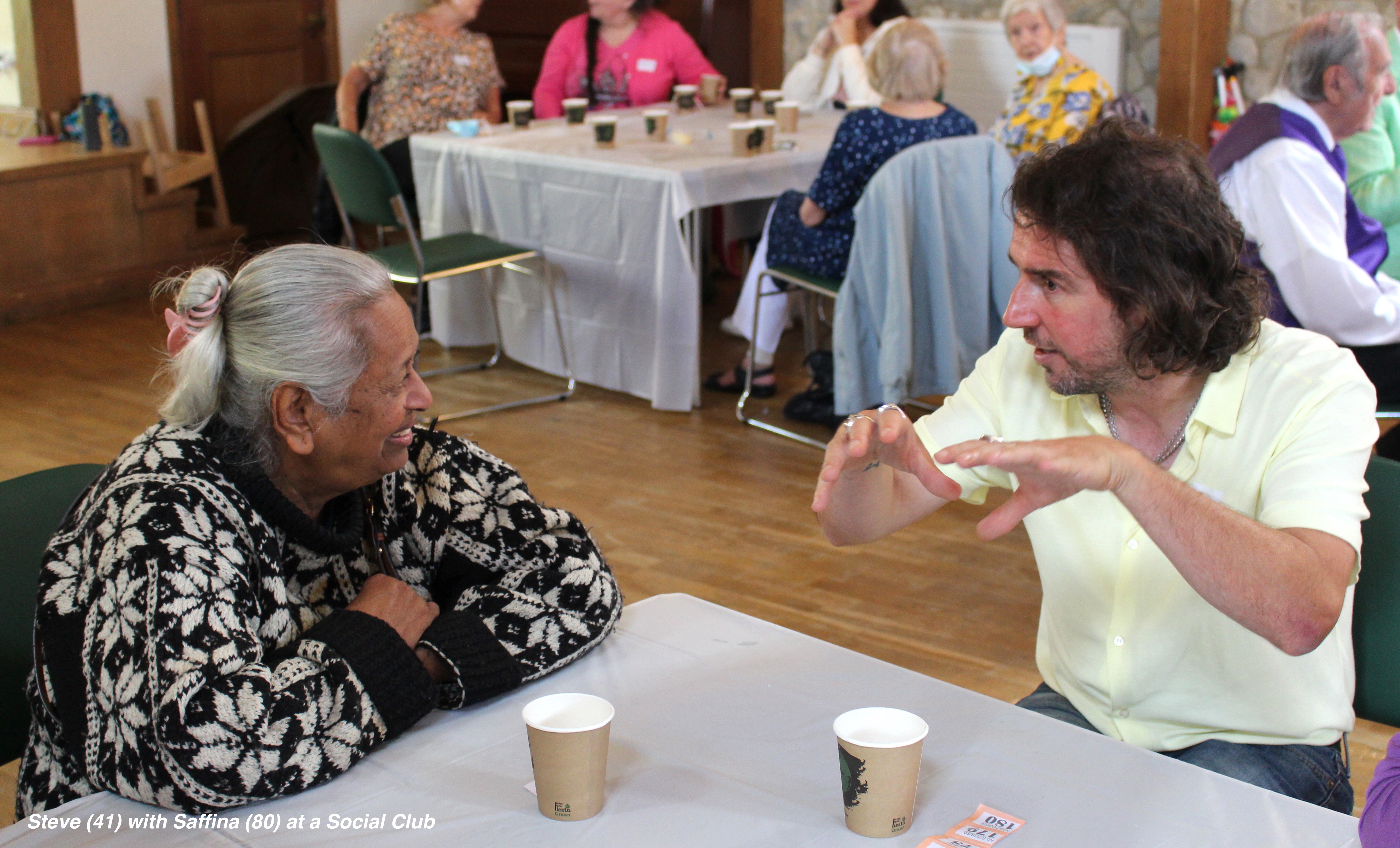 Steve went on to explain how he vividly remembers the South London Cares website, and how joining the South London Cares community became a turning point in his experience of life in London. And for Myah too, moving in as a lodger for an older Jamaican lady, Mildred, has a similar effect. She climbs ‘15 floors in a new borough’ to reach Mildred’s front door, but as soon as she steps inside she can ‘can smell [her] childhood’ through Mildred’s cooking, and recognises the card of house rules from her own Jamaican grandmother’s house.

Yet, as she grows closer to Mildred, she comes to see their differences too, those she did and didn’t expect. The stairs Myah climbs to the flat ‘take an age’ for Mildred, which makes Myah appreciate her youth. But the slowness allows Myah to pay attention to the world around her in a way she hasn’t before, and she is surprised to see that Mildred also knows everyone she passes: ‘as she strolls up the road she’s always asking after so-and-so’s kid... the Turkish woman in the corner refers to her as mum’.

Watching this, it was hard not to be reminded of Chrissie (74) and Claire (44), who both live in Brixton and have been paired up just over a year now. When I asked Claire what she’d learnt from their friendship, she said that it’d made her ‘think about things from different perspectives’:

“When we go for our walk around, I don't think twice about it. But Chrissie using a mobility scooter really made me think about the way that pavements are laid out, the way that people leave bins out... It’s made me not take for granted the fact that I am as able bodied as I am. And it's also made me realise how much of a full life you can have. That woman, she never stops! You can't walk down the street without someone stopping to say hello to her.” 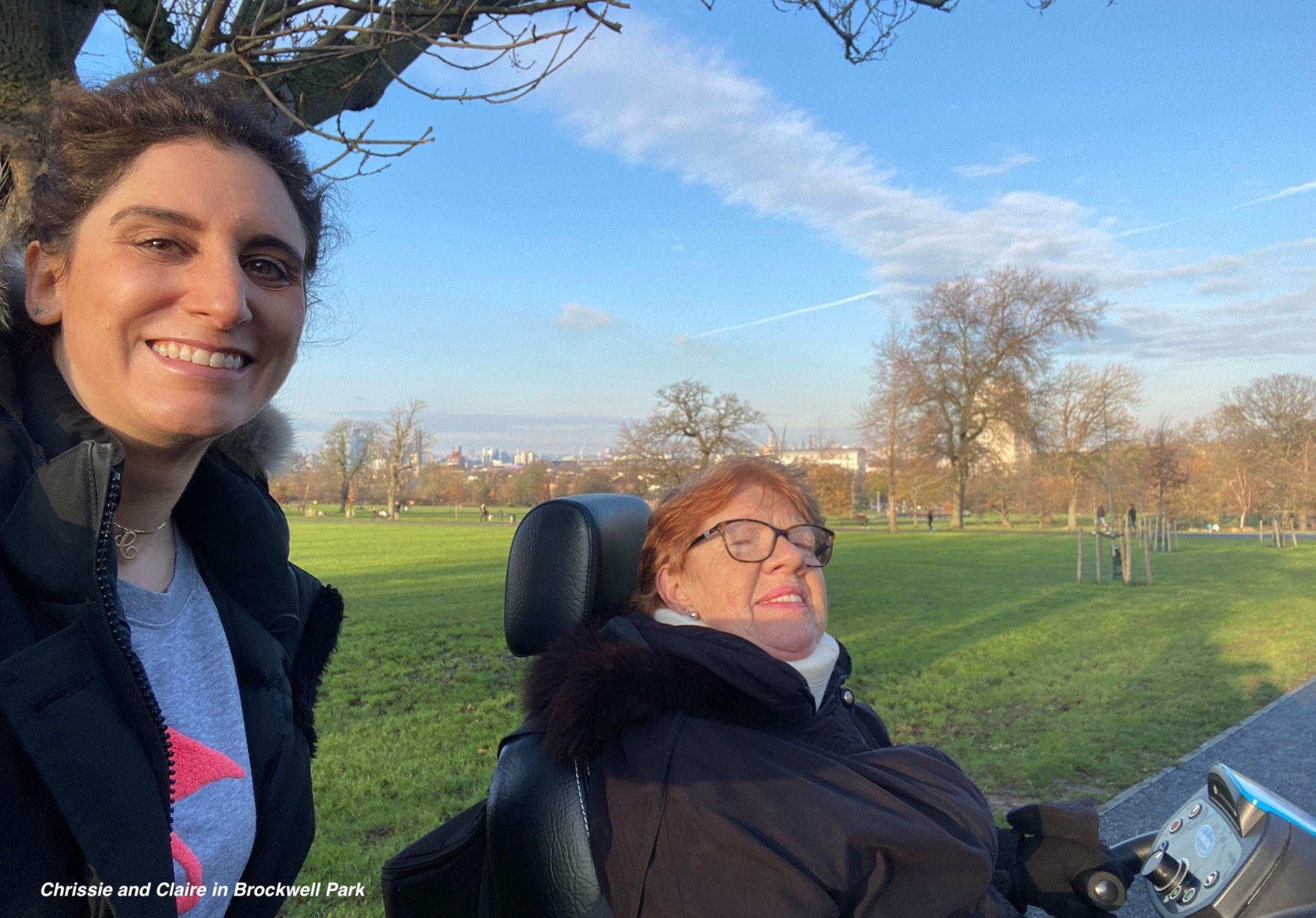 Myah settles into her new home, and her friendship with Mildred develops. As they share a pint at the pub and laugh in front of the TV, Myah starts to feel confident and present again. Like Steve, she too starts to connect with the diverse and exciting community around her, with its ‘different notes and rhythms’. She realises she’s never known (or asked) the names of her neighbours before, and makes an effort now to remember those she learns.

But, as Myah becomes more connected with the world around her, she realises that Mildred also struggles to connect – with her past. This comes to a head in a furious and painful argument between the two of them, but it’s this that leads Mildred to finally open up to Myah, sharing the stories of her youth, her activism work as a woman of colour in the sixties, and, most poignantly, memories of her girlfriend, Sylvana.

The sharing of stories is what brings Myah and Mildred out of their isolation and allows them to understand one another. The same is true for our neighbours, whether it's Love Your Neighbour matches like Joyce (96) and Emma (36) who shared tales of working in journalism and living in Peckham, or younger neighbours like Anastasia who found that she had something in common with the person next to her who at every social club:

"At my first ever social club, I sat next to Malcolm, who it turns out is originally from the same area of Birmingham as me. I also met a fellow Greek at a Technology Club, which was lovely as I don't have many Greek friends in London. Another neighbour used to work at Vogue, and we bonded over our experience of working in the Fashion industry."

Wilkin reminds us that the connection Mildred and Myah forge is part of a much wider network. Alongside the main plot, she also includes snapshots of different stories from across the globe. These ‘acts of together’, as Wilkin calls them, become part of a huge map of human connection represented by the constellations projected onto the set’s walls, the final one being Mildred and Myah themselves, as they revisit the place where Mildred and her girlfriend Sylvana once stood. 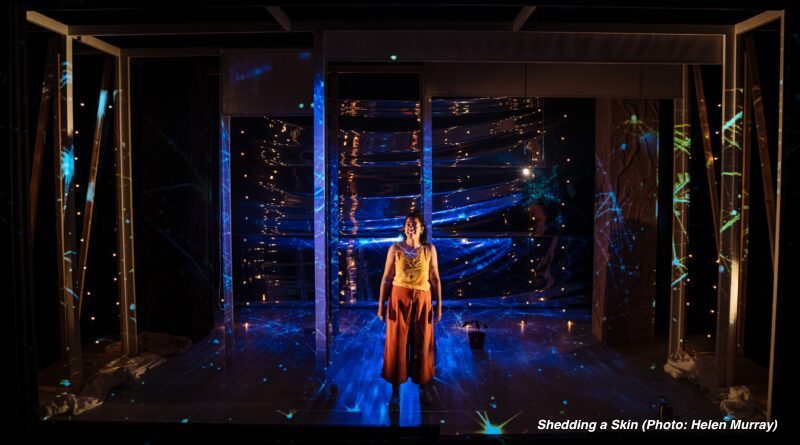 I quite like to think that our community of older and younger neighbours forms a similar kind of constellation of connection across south London. And watching the story of Myah and Mildred in Shedding a Skin made me so proud to be playing a part in growing this community, and so lucky to have a place here myself.

Lauren leads on our Love Your Neighbour programme in Lambeth, connecting younger and older neighbours for one-to-one friendship. Lauren was born and bred in Lambeth, and some of her favourite places include her local pub in Clapham — where she can be found on both sides of the bar — and south London's Colombian bakeries: she's a sucker for empanadas!