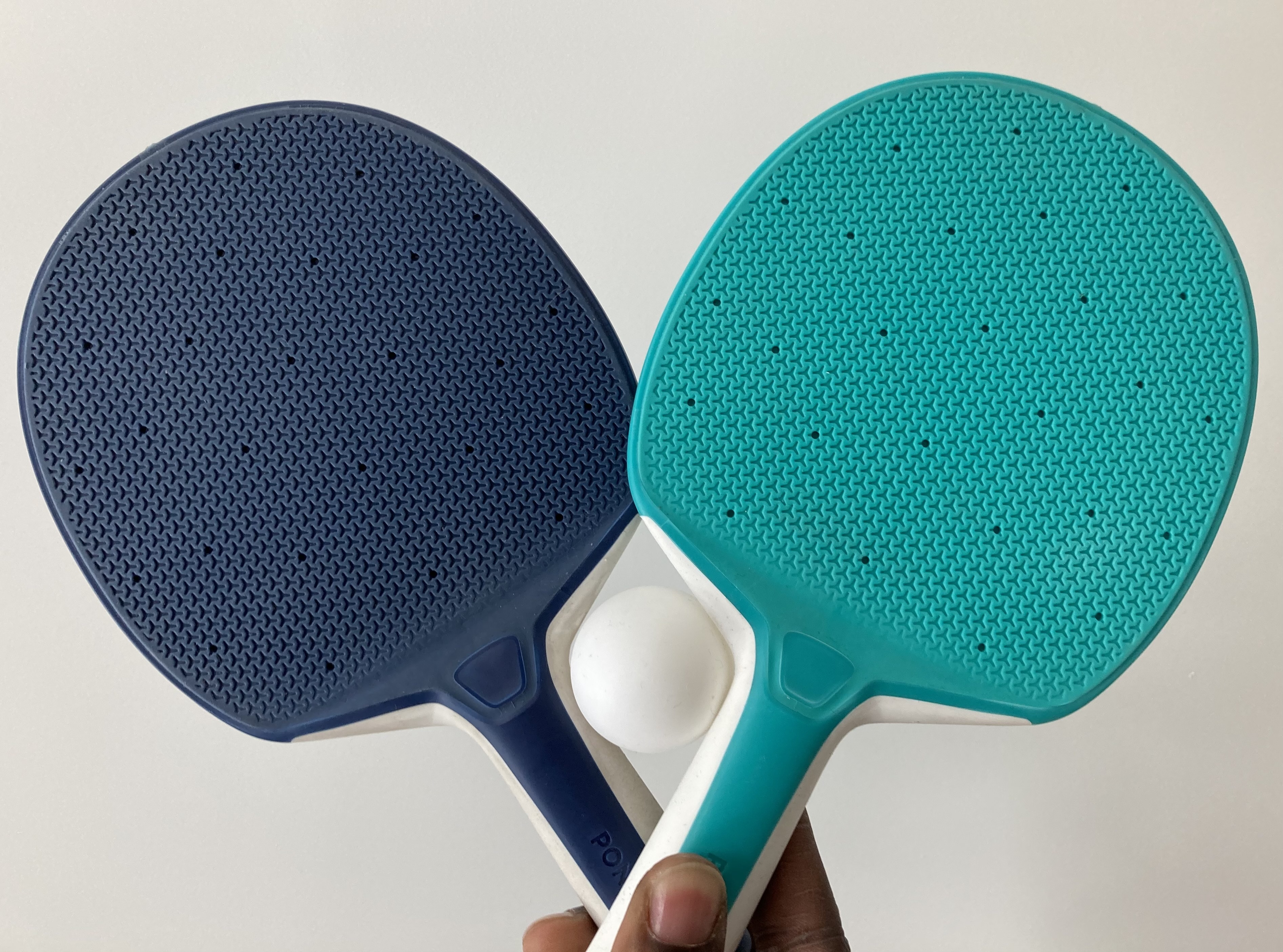 Welcome to a world of heart-racing rallies and topspin serves. This blog is about a sport that is over a century old and a hobby that is and will forever be dear to my heart. If you haven’t guessed by now (even though it’s in the title), I’m speaking of table tennis.

Last month we started a brand new Table Tennis Club in Bermondsey, where we were joined by some neighbours who were beginners and some who looked like they could qualify for the GB National Team.

The game was invented in England in the early days of the 20th century and was originally called Ping-Pong, a trade name. The name table tennis was adopted in 1921–22 when the old Ping-Pong Association formed in 1902 was revived. The original association had broken up about 1905, though apparently the game continued to be played in parts of England outside London and by the 1920s was being played in many countries. 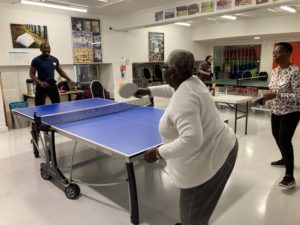 I spent my secondary school days in Nigeria where I saw a table tennis table for the first time. A year into playing I represented my school in a competition and came 2nd, I was pretty proud of myself. After leaving Nigeria I stopped playing as I didn’t have access to a table but the passion for the sport never died. However, if you’re reading this and would like a challenge, let’s put it this way, I’m no Ma Long but I’d give you a damn good game.

Now, as we know, we introduce brand new social clubs to give neighbours the chance to try something new and visit new parts of south London, and ever since I started at south London Cares I had the idea of a Table Tennis Club because, as I mentioned previously, I love this sport and I thought this would be a great way to bring neighbours together, get them exercising and socialising at the same time. But the question remained because I loved it, did that mean others would too? On the day the first neighbour booked on, I was so happy I shouted: “Skipdeedoo!” (in my mind, of course, I was in the office and didn’t want to disrupt my colleague’s productive day). It was official, the club would be going ahead with more than just Dupé Craig from South London Cares in attendance.

In the end, 5 neighbours came to the first club and they had a great time. But don’t take my word for it, here’s what a couple of our neighbours had to say: 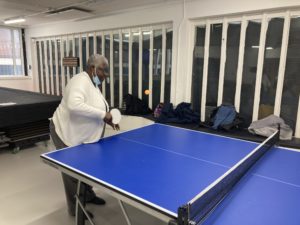 “I enjoyed it and as you get better it’s going to be a good exercise as well because you’re not going to be standing still, you’re going to be moving. I’ll come again.” Older Neighbour Beverley, who played table tennis for the first time. 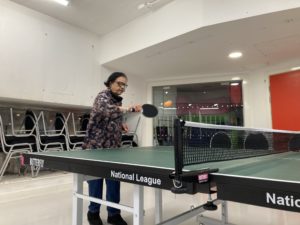 “I loved it because it involves your whole body moving.” Older Neighbour Sheila, who is a regular table tennis player.

Table Tennis Club was a great success, not only because of how much the neighbours enjoyed it but also because it gave neighbours with a bit more experience a chance to teach their fellow neighbours. Patricia was more than happy to give first-time players Beverley and Yvonne tips on how to serve and return the ball. This resulted in Yvonne eventually beating Patricia in a rally – such a joy to witness. 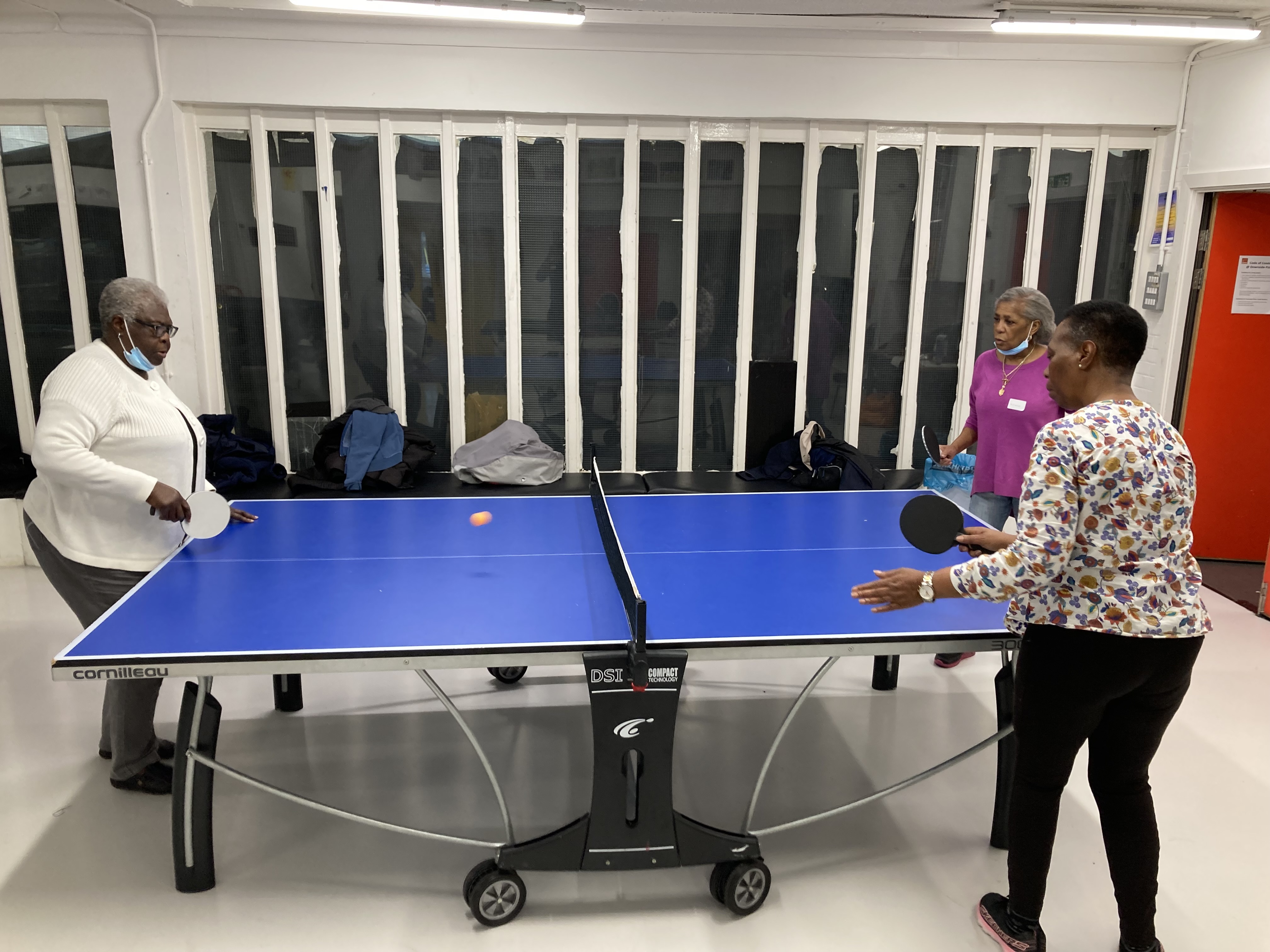 Table Tennis Club is now one of our regular monthly clubs, so if you want to get come along, sign up to get involved!

Dupé is a Programme Coordinator on our Social Clubs programme.