In this vibrant, multicultural city that we call home, Black History Month is an important opportunity to celebrate and learn about the African and Caribbean heritage, culture and influences that so enrich London. No more is this influence felt more strongly than across our patch at South London Cares. So, alongside other celebrations that are taking place in Lambeth over the month, South London Cares are proud to host a number of Social Clubs that celebrate Black history and culture. Highlights include our Black History Month Treasure Hunt, Ankara and Dutch Wax craft workshops, and film screenings of 'Hidden Figures' and Horace Ove's 'Playing Away', which is set in our very own Brixton during the 1980s!

An older neighbour who remembers south London well during that time, and who is looking forward to the celebrations that this month will bring is Audrey. Spending an afternoon with Audrey was such a treat. As well as chatting about Audrey's passion for travelling and favourite South London Cares social clubs (of course), Audrey told me about what it was like moving to England from Jamaica aged 15, seeing snow for the first time, and how shes spreads awareness of the Windrush generation through her son's creativity. 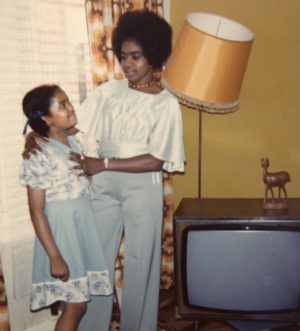 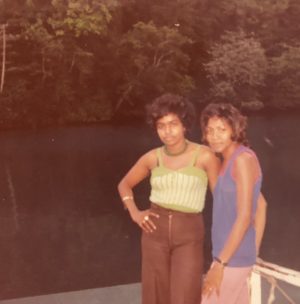 Audrey was born in 1948 in Jamaica, into a "close-knit" family, who did everything together. She has happy memories of growing up there with her mother, a nurse, and her father, who worked as a technician at their local cinema. But when Audrey's parents decided to move to England in 1963, Audrey remembers that she found it hard to "leave all my lovely friends behind". The family moved from the sunny Caribbean, into their new home in Camberwell., "It was strange, it was different," Audrey laughs, "the first time I saw snow, I thought "Oh dear what is all this!". But she soon settled in, "I got used to it, I made friends".

(Below: Audrey in South London in the seventies!) 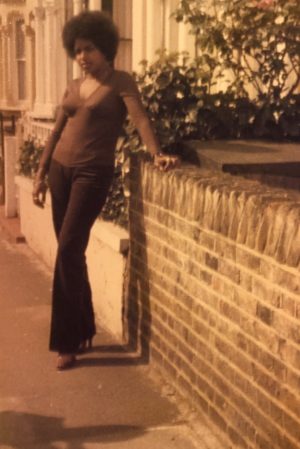 Audrey tells me that south London in the sixties was, of course, very different than it is today. The most significant difference? The price of things, of course! "I used to spend 5 pence on the bus and 15 pence on Friday fish and chips!". While those prices seem surprisingly low to us today, Audrey tells me that the most surprising thing about London then was the sense of community she felt when she arrived. Audrey realised that "people are not so bad!"

(Below, Audrey in her glad rags) 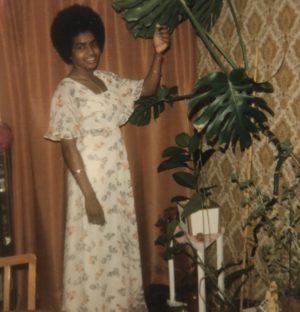 I asked Audrey why her parents made the huge decision to uproot and come to the UK. "Opportunities were said to be better for them, like the Windrush generation were told" Audrey tells me frankly. This narrative is familiar among many older neighbours living in south London, and for Audrey and her family, this is an integral part of their heritage. Audrey's son has now become involved in the Windrush movement, creating t-shirts that help raise awareness, and Audrey does her bit by wearing her son's t-shirts to the gym.

(Below: Audrey, her son and her son's t-shirt) 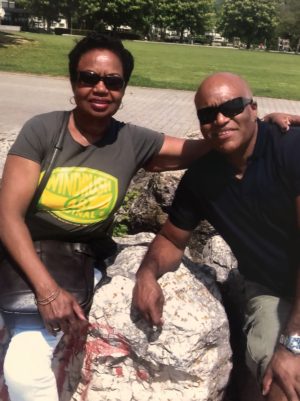 Being a part of South London Cares is an important way that Audrey retains a sense of community in south London. It is, in fact, the lack of community that Audrey says is the most significant difference between the London she arrived at in the sixties, and the London she sees today. Audrey tells me that she feels a real sense of community has been lost now that south London is "busier, and more cosmopolitan". The feeling of losing meaningful connections is all too familiar here at South London Cares. It's a problem that many of our older neighbours experience, and a crucial reason why our Social Clubs and Love Your Neighbour programmes are so important.

(Audrey looking glam after her makeover) 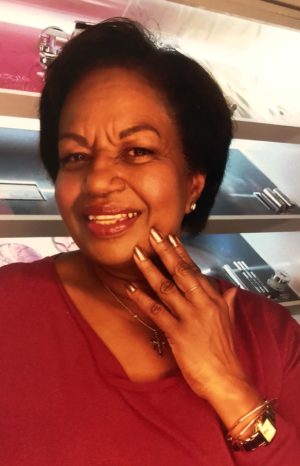 Since retirement, Audrey regularly attends South London Cares clubs and loves the sense of belonging and community that they provide, "the volunteers are nice, the staff are very nice, everyone is so friendly and kind. It's so nice just to come and have a chat". Audrey's all-time favourite club though was a workplace visit to Ciaté for a makeover, manicure and afternoon tea at The Mandarin. "That was such a treat I could not believe it!"

(Below: Enjoying an afternoon tea at the Mandarin Hotel) 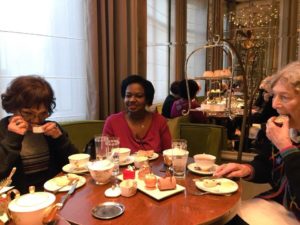 For Audrey, retirement brings with it new adventures. As well as getting fancy makeovers at South London Cares, Audrey has developed a passion for travel and has visited an impressive amount of countries (if her fridge magnet display is anything to go by, she's been all over!). Audrey tells me that growing older is about not accepting stereotypes and making your own mind up about the world. "Seeing is believing, never listen to what people say to you, you have to see for yourself".

This is something that South London Cares has in common with Audrey. We pride ourselves on smashing stereotypes, and never making assumptions. Audrey is proud of who she is, her background, her heritage, her family. It is a real joy to hear her tell these stories, and an honour to share them with her South London Cares community! 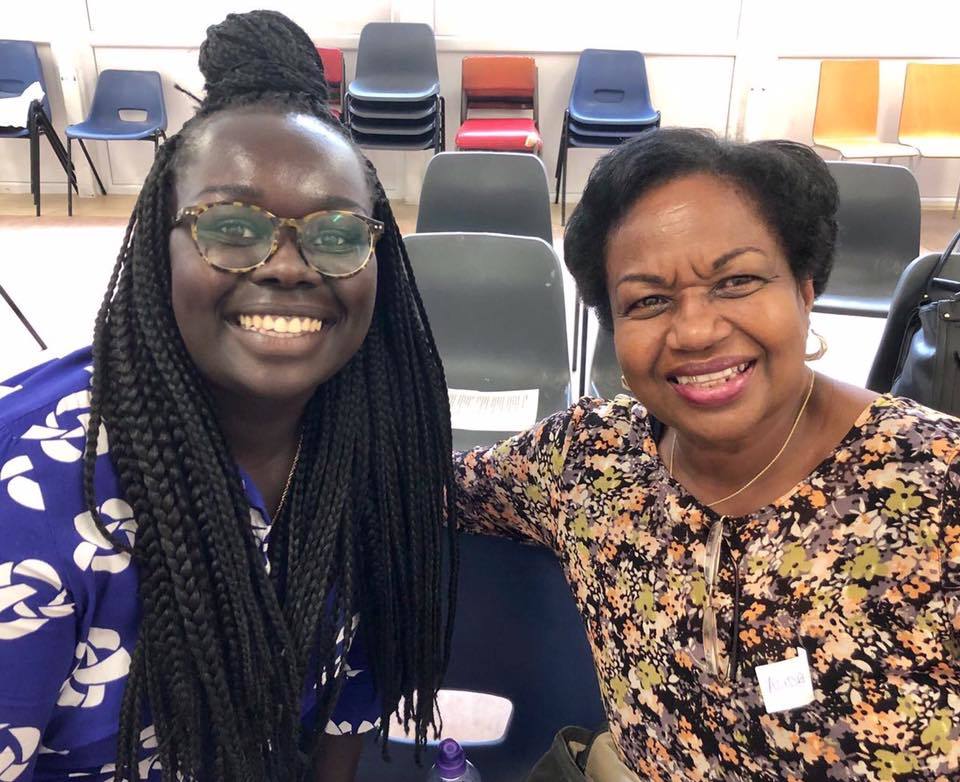 Jodie is the newest member of our Development team, who work to secure the all important funds that help South London Cares to deliver their programmes. You will find her cheering at marathons and bike rides, calling out raffle ticket prizes, and enthusiastically thanking all our wonderful donors.