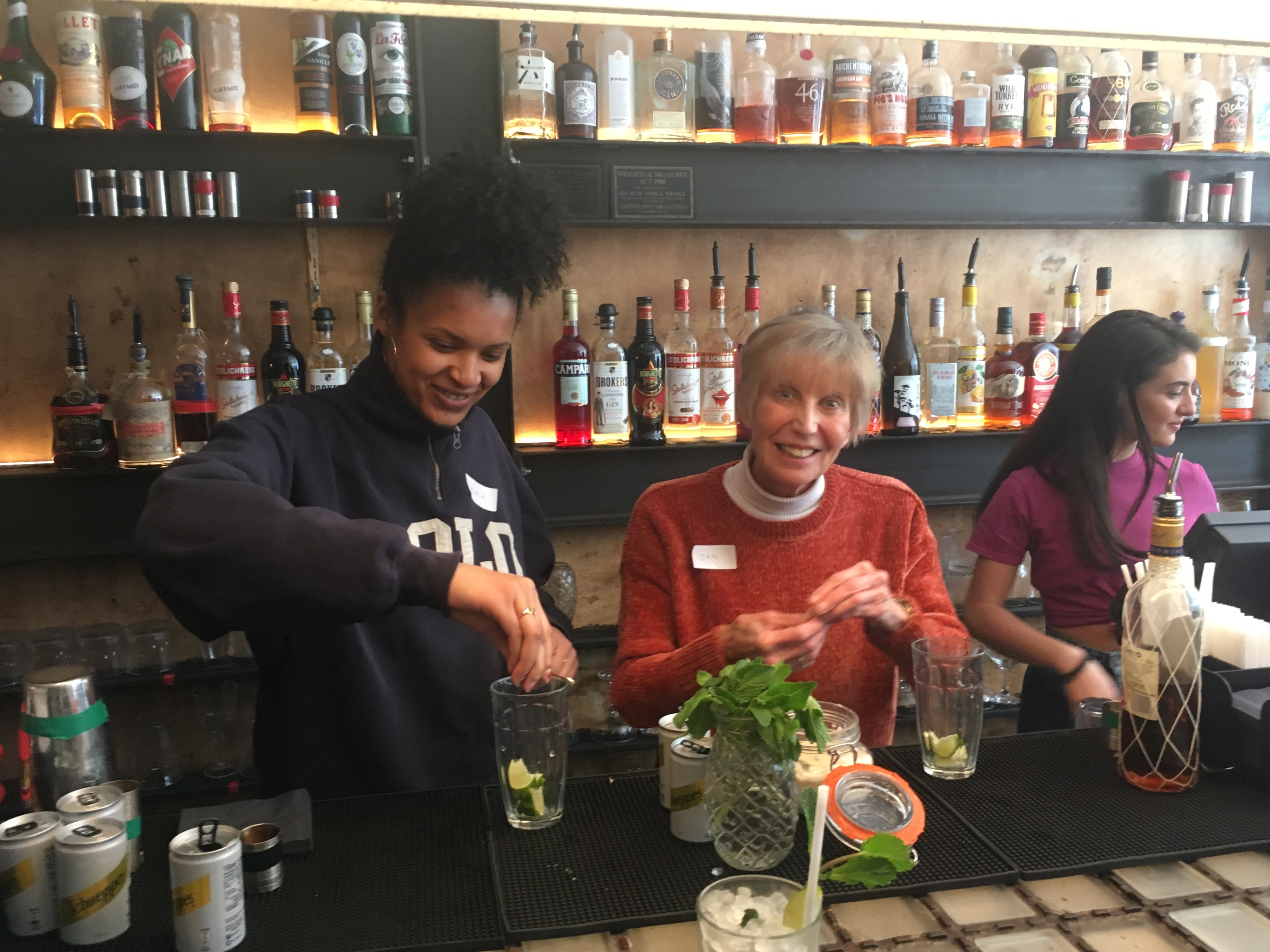 At South London Cares, you’ve probably heard us saying “anything but bingo and knitting goes”. Whilst both are fun and lively pursuits, we like to keep our programme full of the weird, the wonderful and the sometimes wild (Pancake Party for 70 in Brixton anyone!?)

What keeps things especially interesting are the amazing offers from our network of volunteers. You’ve taught dance classes, hosted comedy workshops, given tours of your workplaces and last Friday, invited Linda and the gang to muddle some mint and mix up some martinis at Three Eight Four in Brixton. 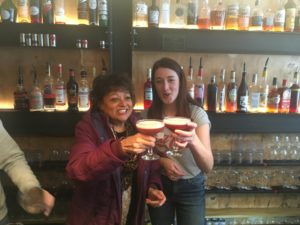 Jonny got in touch late last year with the wonderful offer of not just a raffle prize of dinner for two at his restaurant, but a keenness to get volunteering too. A pub club later, after sinking pints with Hugh and sharing a laugh with Courtney, Jonny invited 15 of his neighbours to come and prove their cocktail credentials.

"When we were inducted I was really struck by the comments around the amount of isolation that older neighbours can feel when their local shops have changed into coffee shops and cocktail bars, and how the changing face of South London can really affect them, essentially what some people see as interesting and exciting they see as a loss of amenity and isolating." 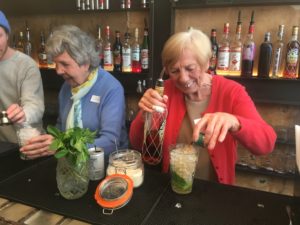 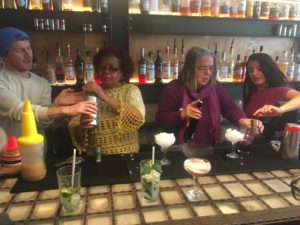 "We've opened venues around South London obviously never with the intention of excluding anybody, however I hate the idea of people thinking that a venue, be it cocktail bar or coffee shop, isn't for them. I hoped that by introducing the neighbours to the how's, what's and why's of making cocktails we could make venues such as ours more appealing and approachable for the neighbours. Obviously the fun aspect was the main factor, but the idea that the neighbours now feel a better understanding of the venues such as the ones that we've opened hopefully helps them feel less isolated and pushes their curiosity to visit a bit more." 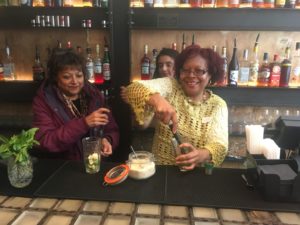 Welcomed with a cuppa and a biscuit, Ann and her pals took a seat at the bar and learnt some top tips for making a refreshing mojito. Up next was a classic french martini, with Daphne’s strength for shaking up a cocktail wowing even the seasoned pros.

Jacquie, 65, couldn’t believe her luck. “It has been one of the best things I have ever attended with South London Cares… I will be going back in May to celebrate another neighbour’s 80th birthday.”

If you’d like to host your neighbours at your workplace, no matter how weird, wonderful or wild, we’d love to hear from you! Please email [email protected] to find out more.

Alongside Morgan, Emily is the Programme Coordinator for Social Clubs at South London Cares. Emily designs and delivers Social Clubs across Southwark and Lambeth. Previously she worked for a touring young people's theatre company.