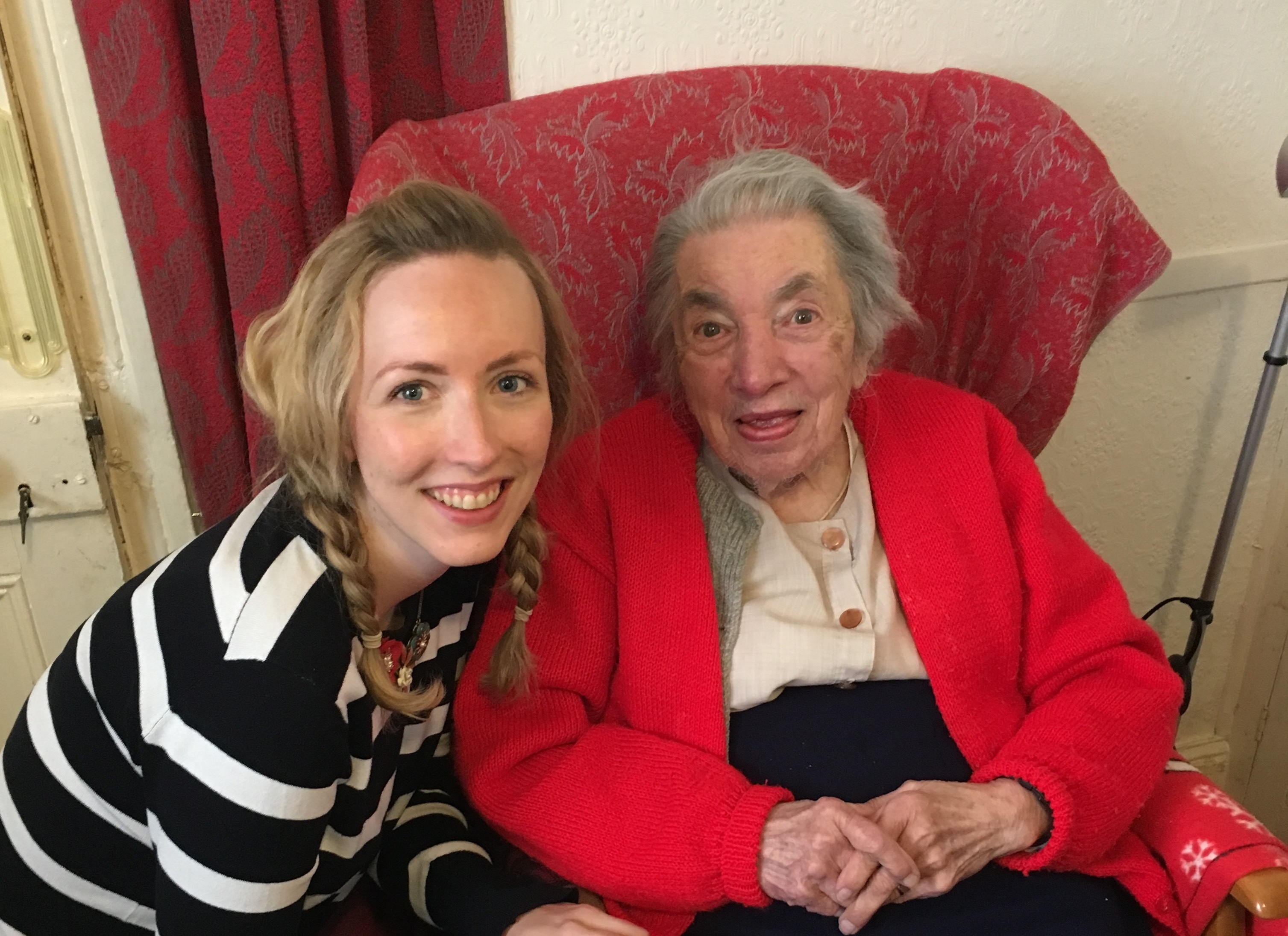 There may be almost six decades between us, but I've got more in common with Joyce than I do with any of my other friends. And when we catch up once a week over a cup of tea, we never run out of things to talk about. In fact, she's probably the one friend I see the most regularly.

Both of us live in Peckham, but we'd never have met had it not been for South London Cares because sadly Joyce, 93, is pretty much housebound. We were matched up through their Love Your Neighbour programme by one of the co-ordinators, Olly, who we consider to be our very own Cilla Black because you couldn't really get a more perfect pairing. From dancing, the theatre and current affairs, we've got plenty of shared interests.

Joyce, who has lived on her own since her husband died, was referred to the charity's friendship matching scheme because she can no longer get out due to her mobility issues. We were introduced in April, and as Joyce says: "We blended straight away."

I certainly don't see my weekly visits as volunteering, though. We're friends and I consider myself lucky to have her in my life.

Sadly I'm one of her few visitors. Carers pop in, but they're under so much pressure, they just don't have the time to chat.

I didn't know anyone when I first moved to London six years ago, and I remember how lonely that could be. But I can't imagine just how isolating it must be for Joyce, being cut off from the world, especially as she's such a sociable person. She's also such a sparky character and is as sharp as pin.

One of the things I admire about her is how she's not afraid to speak her mind. The bloke from BT who foolishly tried to fob her off is just one of many to have been given short shrift by Joyce. But I've discovered she hasn't always been so sassy. She recently told me: "I used to put up with things for peace and quiet, but now I think blow that."

Forget waiting until your 90s though, I think we can all 'be more Joyce' now. She cracks me up with the face she pulls when she doesn't think much of something, and I love her sense of humour. 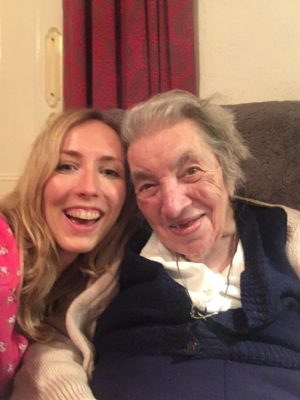 I'd only just moved to Peckham when we first met, but Joyce has lived here all her life, and she's really helped to make me feel at home with her stories of what the area used to be like. Her parents ran a shop and Christmas was her favourite time of year as it would always be filled with decorations.

One of the first jobs she had after leaving school was working for a freelance journalist on Fleet Street. I'm a journalist too, so I find her tales from that time fascinating. Joyce loves to keep up with the news, and I always take along the papers for her to read. We've yet to do the crossword though because we're always too busy chatting. From ballet, to Brexit, and books, we've covered a wide range of subjects so far.

She also loves to hear about what I'm up to at work. After working on Fleet Street, she knows only too well that no day's ever the same. It means I don't really have a set schedule so, for me, our get-togethers are my one constant in a usually hectic week.

Often, I arrive with a million things on my mind but, within minutes, that's all forgotten as we catch up on each other's week over a cup of tea. (Her's is always in the mug with the pretty pink flowers, mine's the one with the fat robin).

Joyce is a great dancer - that's how she met her husband - and we often put on music and do a spot of 'chair dancing' as we call it. She's been teaching me some moves!

But one important thing Joyce has taught me is actually to slow down, and I mean that literally. She's not as fast on her feet as she used to be so we go at her own pace. I've come to realise that if you're always rushing around, you miss out on all those little moments in life.

I always look forward to seeing Joyce. In fact, it's probably one the few times I put down my phone… until she inevitably asks if we can watch a video of our favourite ballet dancer on YouTube, that is!

Emma has been volunteering on the Love Your Neighbour programme at South London Cares since 2019.