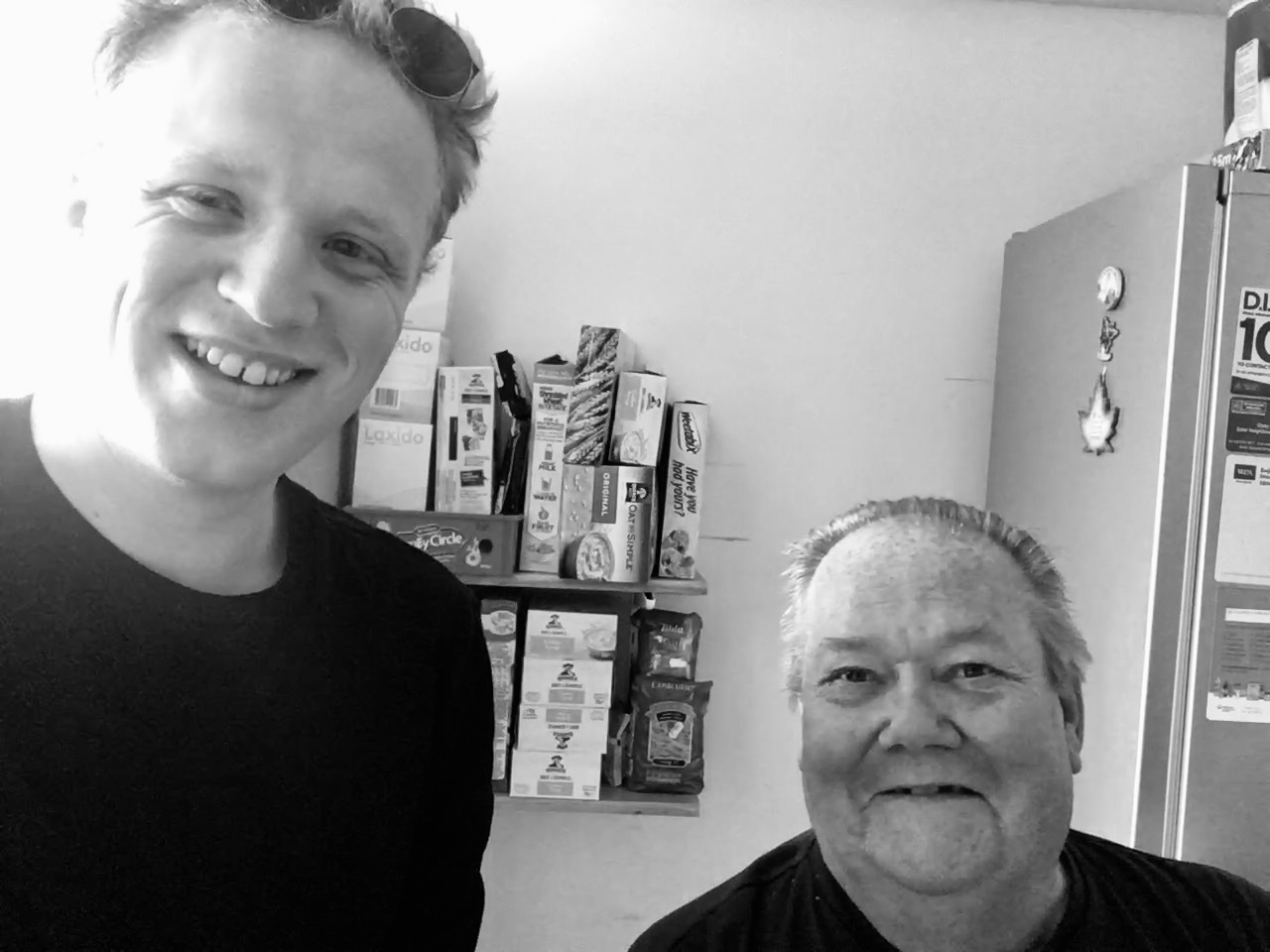 Bill, 76, and Ben, 26, met through our Love Your Neighbour programme in January, which introduces older and younger neighbours in Southwark and Lambeth for regular hang outs and long-lasting friendship. Both bassists from South London (Bill grew up in Herne Hill, Ben in West Norwood), the pair are bound together not only by their shared geography, but by their musicianship and their similar sense of humour (“immature”, says Ben).

Signing up to volunteer on the Love Your Neighbour programme was a totally new experience for Ben, who hadn’t done anything similar before but told us he had felt lonely himself due to the solitary nature of his work as a musician. “I am also keen to meet new people who are very different from the circle I am a part of,” he told us. For Bill, who travelled as a merchant sailor, recorded his first record aged 14, and has played shows as far away as Japan, receiving a visit at home from a new friend was a great opportunity to socialise in the face of increasing mobility difficulties.

Since being introduced nearly a year ago, the pair have become great friends. They’ve enjoyed over 40 hours of conversation and company, some spent watching YouTube videos of Ben’s band Stereo Honey along with Manfred Mann’s Earth Band (Bill’s brother Steve was the lead guitarist and vocalist in the late 70s and early 80s. A musically talented family!). They’ve even ventured out to a local restaurant, using their Love Your Neighbour budget to share wine and pizza. 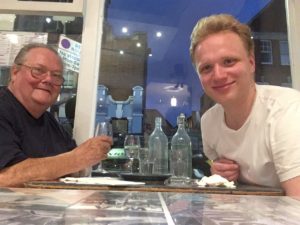 “We have the same sense of humour. He’s an absolute joker! He’s listened to the band, and now he’s actually a fan. I’m glad I got his approval. He recently got a new bass, and asked me to play for him. He left me a voicemail later saying ‘you’re f*ing good mate and I mean that!’ which is quite the compliment from Bill. He even asked me to play down the phone for his friend!”

“I’ve really got to know him a lot better over the last six months. He’s a legend. What I enjoy most about it is having a totally different kind of friendship to the people you have around you all the time. It’s so different to that. ”

“We talk about music a lot. My band was very different to Stereo Honey, Ben’s band, but I really like them. I give him lots of advice, you see, because I went through it all myself. Ben’s an extremely talented guy. We have great chats. We’ll often have a banjo (egg) sandwich, as well! I’d say he’s the wise one out of the two of us, and he’s an absolute diamond. The way he describes us is ‘we’re mates’. I love that.”

Our Love Your Neighbour programme matches older and younger neighbours in Southwark and Lambeth for one-to-one friendships. Find out more, and sign up, here.

Leighann is the Programme Coordinator for Love Your Neighbour in Lambeth, connecting younger and older neighbours one-to-one for weekly visits and long-term friendship. Previously Leighann worked for Bow Arts Trust, an arts and educational charity in east London.