The events of 2020 cast a spotlight on the importance of connection, community and companionship, all of which are central to Love Your Neighbour, our one-to-one friendship matching programme. As we head into a new year, we’re looking back at the ways in which the older and younger neighbours on this programme came together, even when they had to be apart. 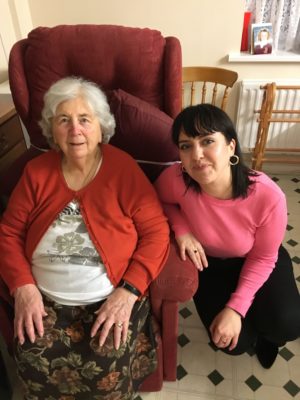 Before March, Love Your Neighbour matches would meet up for weekly visits. Some took trips together, like Roy (73) and Tara (33), who went for a pint at their local pub. “She took me to a pub and we had a meal. That’s the first time I’ve had a drink in the pub for about four years", Roy told us. Others, like Sheila (86) and Fran (30), would stay at home and put the world to rights over a cup of tea. Fran said, “we chat like we’ve known each other forever. I don’t feel like I have to watch what I say around her – we talk about race, religion, upbringing, all sorts!”. 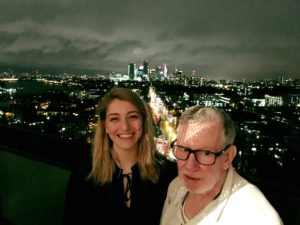 When Covid-19 struck, we had to suspend our face-to-face activities, which meant that younger and older neighbours could no longer meet up in person. Instead, we asked them to catch up over the phone. Although this was disappointing news, it wasn’t long before our matches began to find new and innovative ways to have fun together. Music lovers Thomas (78) and Rachael (26) were able to use Spotify to listen to one another’s favourite tunes between calls, while film fanatics Derek (83) and Megan (27) have been watching the same movies and coming together over the phone to compare notes. Barbara (68) and Kim (31) discovered that they share a love of online Scrabble and used this to keep in touch (“We each know that the other is OK when we see each other online playing Scrabble”, Barbara explained). 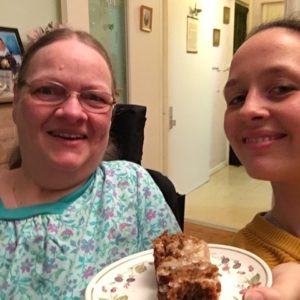 Although we could no longer introduce new friends for in-person visits, we knew that in what was a particularly isolating time for so many people, we needed to find a way to keep bringing older and younger neighbours together. In April we created ‘Phone a Friend’, through which we’ve made 30 matches so far, across Southwark and Lambeth. These pairs have regular calls, in which they have a chat and get to know one another a little better. Despite not having met in person, some firm friendships have been struck up and some brilliant conversations are being shared every week. Florence (29), who’s matched with Beatrice (75), told us: “Beatrice was talking about how hot it gets in Ghana. I then had Google Maps up on my laptop and was looking at the town where Beatrice is from, and where some of her family are living, and she was telling me about each place as I looked at it.” 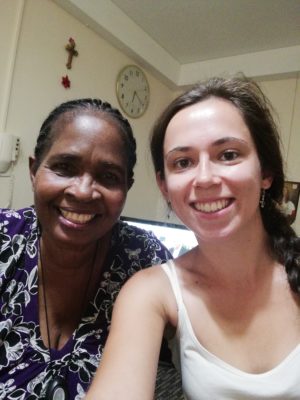 It’s been a year of ups and downs for the Love Your Neighbour programme. We’ve brought new friends together, but we’ve lost much-loved members of our community too. There have been lots of uplifting conversations and meaningful stories shared, but there have also been difficult calls and complex issues behind the scenes. Through all of the tough times, we’ve been inspired by the ways in which older and younger neighbours have looked after each other. "Having Shelley as a friend helped me a lot over the past few months – it meant that I always had someone to talk to”, Theresa (76) told us. Helen (27) said “after speaking with Mary yesterday, I felt a lot more positive and she really brightened my mood, as I was feeling quite anxious. I hope I did the same for her.” 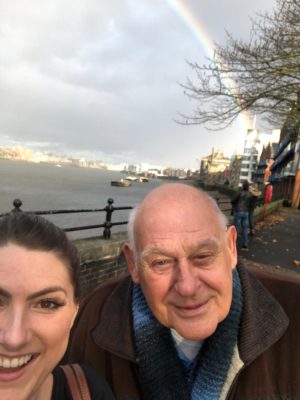 So, as this strange year draws to a close, we want to say a big thank you to all of the older and younger neighbours who have laughed together on the good days and helped one another through the bad days. The world still feels a little uncertain, but one thing we’re sure of is that we’ll continue to build lasting friendships in 2021. As John (81) puts it, “it makes a difference, talking to people and finding out what they do and what they feel like and what their views are on things.”

If you live in Southwark or Lambeth and would like to get involved, please get in touch here – we’d love to hear from you!