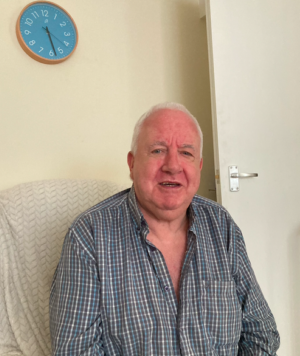 We were first introduced to Tim (67) last year. Like many people, Tim moved from Ireland to London in the 1970s as there weren’t many jobs available where his family lived. He initially worked in construction, but then enjoyed a thirty-year career as a hospital porter in Kent and then in King’s College Hospital.

Tim told us he wasn't able to get out and about easily and was interested in being matched up with a younger neighbour who could come and visit every week. He said, “I can talk to anybody about anything!” and suggested that as somebody who’d moved to London from elsewhere at a young age, he might have some sound wisdom to share with a younger person in a similar situation. 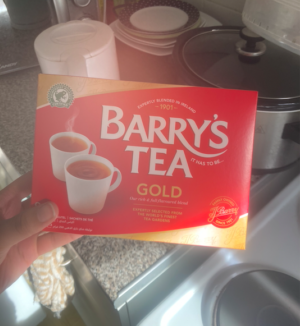 While we were looking for a younger neighbour to match Tim with, I got to know him a little better through phone calls and visits. Our Love Your Neighbour programme is all about the mutual benefits of intergenerational friendship, and I had the pleasure of experiencing this first-hand with Tim. When I called over one day, he had ordered a box of Barry’s (the most popular tea in Ireland) specially for my visit. As a fellow Irish person, he joked that he wanted to be able to make me a "proper cup of tea!". In this small gesture, Tim summed up what our work is all about: older and younger people helping one another to feel at home in this fast-paced city. I moved to London from Ireland too and sometimes feel homesick. Tim was generous with his time and his wisdom, sharing things that he found helpful when going through similar experiences. His best piece of advice for younger people was:

“Always think positive and don’t hold negative attitudes, that’ll get you to your goals eventually!” 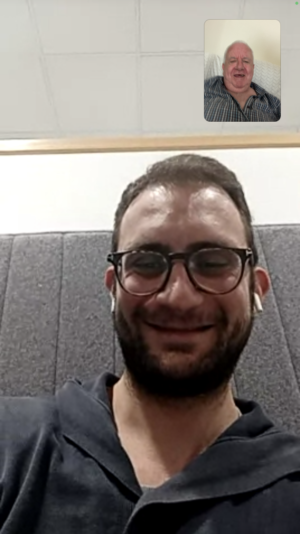 Tim was due to be matched with Simone (32), who lives nearby and joined the South London Cares community in April. Simone, who’s originally from Italy, told us that he’d like to “share some social time with someone who may feel alone and get some wise advice from someone who is older than me”. Unfortunately, Simone recently found out that he needed to move out of his flat at short notice, so his evenings were temporarily taken up with house viewings. This meant that we struggled to arrange an introductory visit with Tim. However, we were able to turn to technology for a solution – where there’s Whatsapp, there’s a way! Tim and Simone met via video call, which allowed them to exchange some stories and build the foundations for a great friendship. 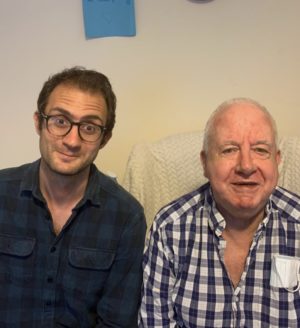 Luckily, Simone has found a new flat and after a long run-up, the Peckham pals met in person for the first time last week. They chatted about their experiences moving to London, their careers and plenty more. Tim’s already looking forward to the next visit and told us, “I think that bringing the older and younger generation together is very important and it will be interesting - we never stop learning!”

We’re specifically on the lookout for younger neighbours to join our programme, so if you’d like to get to know an older neighbour like Tim, you can sign up here, or send us an email at [email protected].