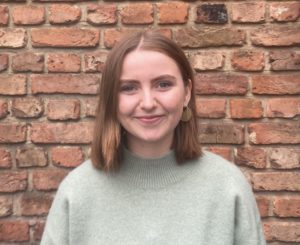 While at university, I found myself fiercely defending my home turf, South London. There were a couple of reasons: firstly, most of the student population were North Londoners, who dismissed the South for its lack of tube stations and refused to cross the river like black cabbies, and secondly, I was feeling pretty homesick, and during my fairly miserable first year, trips home offered a welcome retreat (it got better, don’t worry!). Little did I know my love of my area would extend into my work, but here I am, and I’m delighted to be coordinating South London Cares’ Love Your Neighbour programme in Lambeth, the borough where I was born and where I continue to live.

I did most of my growing up in Clapham until my family made the move to West Sussex when I was 11. We soon realised we’d made an error leaving London and were thankfully able to return just four years later. Coming back to Clapham, I felt the neighbourhood had changed: the local cafes I’d known had been replaced by restaurant chains, shiny new blocks of flats had cropped up in place of local landmarks, and the Common was now hosting more festival goers than it was dog walkers. 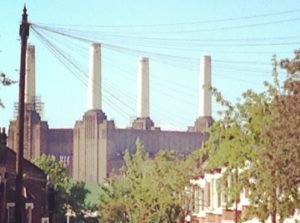 It was only once I started working in the local area that I began to feel at home again. I spent my Saturdays throughout Sixth Form at the hairdressers my mum had been going to for over 20 years. Nattering away amid the shampoo, I’d end up discovering the client lived a road away from me, and that I’d gone to school with their children. The owner would shove cash into my hand on birthdays like a benevolent uncle. I even met a woman who put me in touch with my landlady-to-be in Paris when I moved there during my gap year. After graduating from university, I moved back home and got a job pulling pints at my local pub while I figured out what I wanted to do with the rest of my life (and how my English degree was going to help me with any of that!). Once again, I found a sense of home amongst the team there, most of whom also lived nearby, and continued to work there part-time for two years despite friends’ jokes about the need to focus on my ‘Proper Job’, and not the beer. 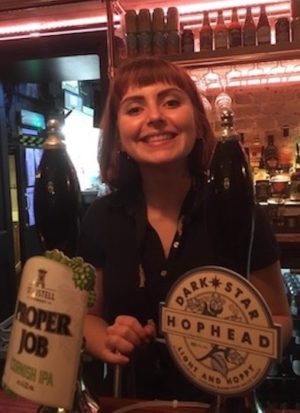 I suppose the happiness I found in these jobs is rooted in the sense of community and belonging they brought. These are things I’ve been thinking about a lot as I’ve moved into this role at South London Cares, where I’m looking forward to helping both younger and older neighbours feel that they belong to their communities. In such rapidly changing areas, it’s all too easy for older generations to lose their sense of home. At the same time, it is just as easy for their young neighbours starting out in city jobs to be left homesick in a place that promised excitement, but in reality feels unwieldy, anonymous and alien.

The current pandemic has made this even more stark. I’ve been amazed to learn how well South London Cares has adapted during the last few months, stepping up to the immense challenges COVID-19 has posed for our neighbours in Lambeth and Southwark, and adapting their programmes to tackle loneliness and create friendship even when we’re apart. It’s definitely a weird time to be starting a new job, but I’m also excited to harness the stronger community unity lockdown has forged, as well as the renewed willingness to help others. There is something very special about the Love Your Neighbour programme, which brings younger and older neighbours together for weekly visits, replaced by phone calls in the current climate. I’m so happy to be leading the programme in Lambeth, and rediscovering this community’s companionship and solidarity, which I have benefitted from so much myself.

If you’re interested in getting involved or know someone who could benefit from our programmes, feel free to email me at [email protected], I’d love to hear from you.

Lauren leads our Love Your Neighbour programme and new Phone a Friend programme in Lambeth, connecting younger and older neighbours one-to-one for weekly visits or phone calls, and longterm friendship. Previously Lauren worked for a national education charity, and at her local pub in Clapham.