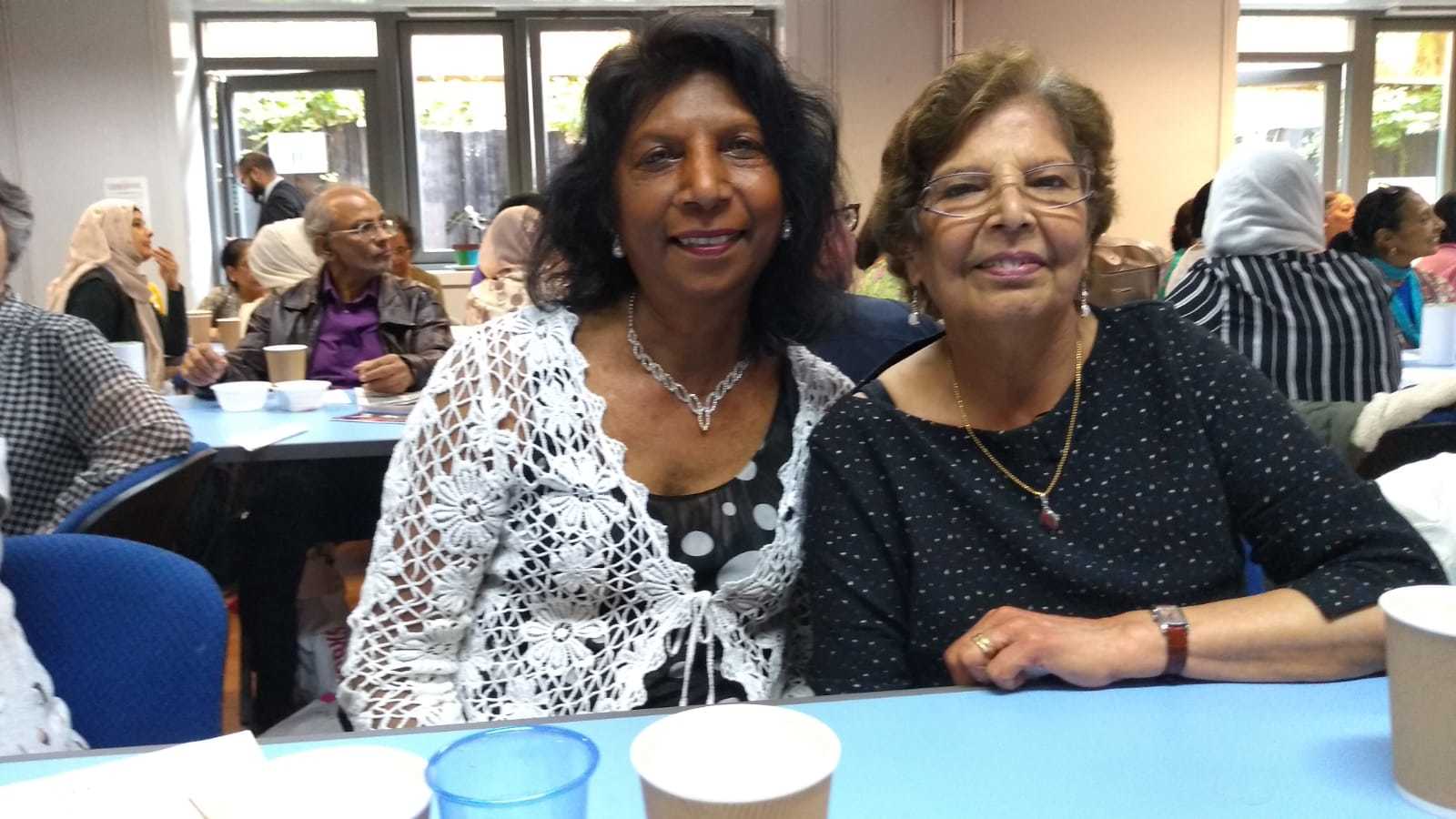 Often spotted at Latin & Ballroom Dancing or having a bash at beatboxing, between the two of them, Poona and Ganga have attended a whopping 157 social clubs since they first joined the South London Cares community in 2017. Since the suspension of our face-to-face activities in March, both Poona and Ganga embraced the move to Zoom with carefree abandon - Poona at the forefront, paving the path for many more to come...

We thought the shift to the virtual realm would be a good opportunity to get to know some of our community a little better, so invited Poona and Ganga to South London Cares’ new HQ (Zoom) for a makeshift interview. Here’s how it went: 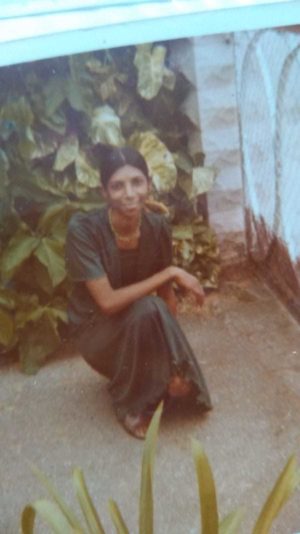 Poona grew up on the northern coast of South America in Guyana, and Ganga was just a hop, skip and a jump over the Caribbean Sea away on the island of Trinidad. Both spoke fondly of their childhood with strong emphases on family and ample amounts of time spent exploring the outdoors.

Ganga: “My childhood was a very happy one. We were all very poor, we didn’t have much. We were 5 girls, and 1 adopted brother. My sisters and me used to have our differences, but we always made up after. We always used to blame each other and tell our parents ‘it wasn’t me, when it was. But overall, I had a very happy, care-free childhood.” 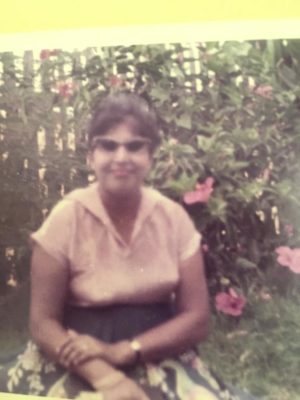 Poona: “There were 8 in our immediate family, and the rest of my family lived close by. It was a very, very happy childhood, playing cricket with my cousins, running about everywhere. A lot of fun.”

Ganga: “My grandparents were close by too. We used to go there on a Sunday and spend the day - my Grandfather, especially, he used to pick plums and coconuts when they were in season and we’d go round to eat them, and he used to build boats, so he used to take us out for trips on the boat.”

All this talk of cricket, fresh plums and boat trips felt rather romantic and led me to naively ask: ‘As a child, what did you both want to be when you grew up?’:

Ganga: “It was so basic where we lived, we didn’t have no TV or anything, just a radio. So we never really knew about all these other things, and this way of life.

That was the way of life. Until we went to college and started working and then we started to think there was "something better than this.” 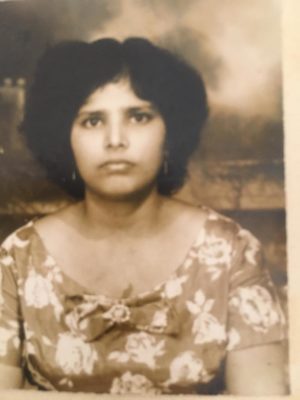 Poona: “Well, me, I didn’t have a choice. As soon as I got to 15 and a half, my father married me and I went to live with my husband’s mother and she was not very nice. But that’s the rule over there, you have to live with the mother-in-law and look after her, that was the way it was.

And then, I started having children, I said to my husband, let’s try to build our own house and move away from your mother. And he said okay. So we built a house, we moved in, and I had 6 children.”

Both Poona and Ganga moved to London in the seventies, and I was intrigued to hear what it was like moving from the tropical shores of Guyana and Trinidad to industrialised London:

Poona: “It was really really hard, because I had 6 kids, we were living in my husband's brothers’ place and three months after we moved, my husband’s mother died. My husband went back to Guyana and he told me he wasn’t coming back, he said he didn’t like the English life and it’s too cold. So I said to him, no you better come back - so he came back. My neighbours were always very nice though, they were great with the children. Wherever I move, my neighbours are always nice."

For Ganga, it was the reality of becoming a psychiatric nurse that brought her to London when she was 25. She had a few top tips for anyone considering the profession: 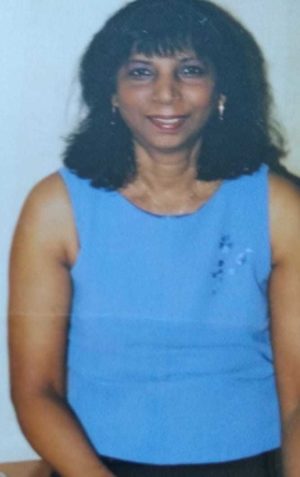 “It’s a job, if you don’t like it. Don’t be in it. I used to work at St. Lawrence’s hospital, and if you don’t know how to manage your patients, you’ll have problems. It’s difficult, it’s a job as I say if you don’t like it - don’t go into it. You have to find ways of helping them, when you leave there don’t take it home with you. Just leave it at the door.

And the same the other way, if you’ve got a problem, don’t take it to work with you. You have to be very positive when you’re working in mental health."

We moved on to chat about Poona and Ganga’s favourite place they’ve ever lived. London came out on top, for reasons I wasn’t expecting:

Ganga: "Nobody is nosy. And they don’t come in unexpected, they’ll ring and let you know they’re coming. So it’s kinda nice, but if you’re in Trinidad they pop round your house any time."

Poona: "Yes, in Guyana it’s the same. I did like Guyana when I was little, I had a very good life because I was the baby - my father loved me so much, he used to take me in his boat, and we’d go picnicking in the forest - we had a really good life there. But I'm no good with the heat and too many mosquitoes. Now I like London, which is good."

With its moderate temperatures and limited nosy neighbours it seemed like London was a good fit for both Poona and Ganga.  Which led me to wonder what their favourite spot in the city was: 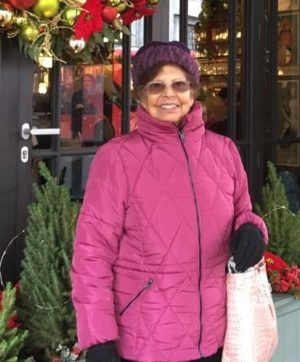 Ganga: "No the Shard, I like the Shard. I like the view, you can go have a nice meal and sit down, ya know - socialising."

Poona: "I like the Heron Tower, the lift just zooms up and you can get a nice meal up there." 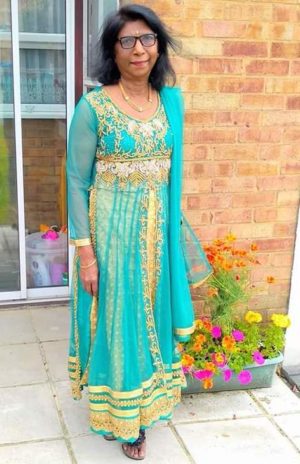 Ganga: "What’s that place again? One of the popular places… The Ritz. You pay £80 a head and it’s horrible! *Poona laughs.*They rush you, rush you, rush you. And they bring all these different types of tea, and I don’t want all of this tea and just want a cup of tea and a slice of cake!"

After quickly cancelling my upcoming booking to the Ritz, we finally moved on to chatting about life in lockdown, and what’s bringing them both joy during these extraordinary times:

Ganga: "I keep myself busy, I go walking, I do a bit of gardening, I polish the kitchen about 10 times a week. It’s not dirty *laughing* I just do it to keep me busy."

Poona: "I must say, I'm not getting bored, I always like cooking as you know, then I get with the other neighbours and we go for a walk in the courtyard and have a chat. Yes, and then so many zooms-on. We don’t have time to do them all!"

Ganga: "Zoom zoom zoom in, zoom out. Zoom all day every day." 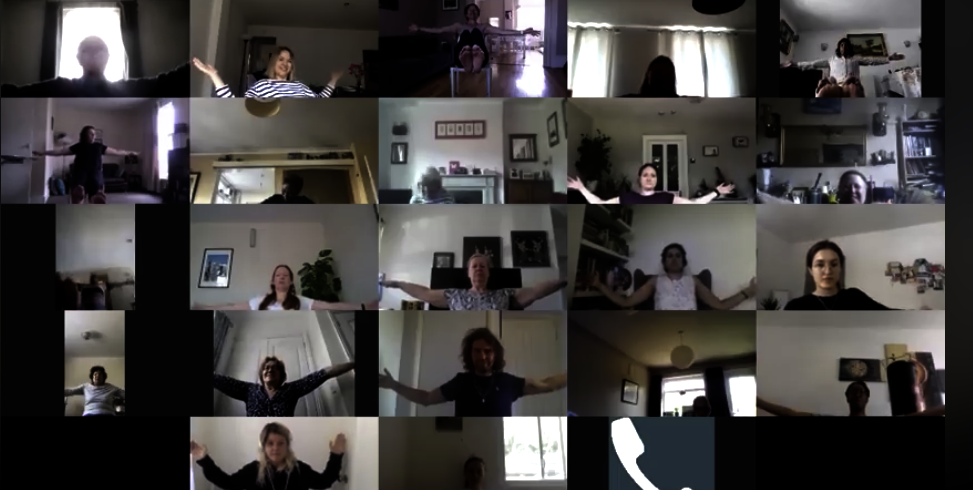 Since lockdown, Poona and Ganga have been along to 34 Virtual Social Clubs. The connection, confidence and skills that the clubs have brought, now means they're both able to chat to loved ones, and attend their favourite Bollywood Dance Class together - all from the comfort of their own homes. Result.

Olivia designs and delivers Social Clubs across Southwark and Lambeth. Previously, she worked at an SEN school in Swiss Cottage, before a stint teaching English in Madrid. You'll find her Pub Quizzing, Desert Island Disco'ing and trying her hand at Latin Dancing.