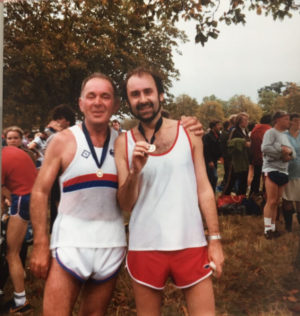 "This photo is unique, because that was after my very first competitive race. I'm the one on the right – it was at Windsor Great Park, on 3rd October 1983 and it was a half marathon. I did it in just under two hours. I was really pleased with that."

Mike is showing me through a large photo album at his house that’s been labelled ‘Mostly Marathons’. ‘Mostly’, because there are some other distances recorded in there too - from half marathons, to staggering 80 mile races. That’s right, 80. Miles. When I first reached out to Mike to ask whether I could talk to him about his love of all things running, I had no idea just how impressive his marathon career would be.

In my role as Development Coordinator for South London Cares, I cheer on plenty of fantastic volunteers who take on runs (or walks, or bike rides) for South London Cares. But it’s not just our younger volunteers that take on impressive challenges. Among the older neighbours that are part of our network, there are some amazing athletes with fantastic stories that are sure to inspire. 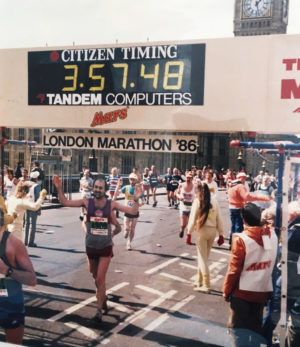 In fact, Mike’s running stories span 20 years, and as he digs through his box of medals, each one he picks out has a story behind it.

Mike’s passion began in the early 1980’s, when he saw the London Marathon on TV. As he watched, Mike was inspired, and decided that was a challenge he just had to take on. And sure enough in 1984, in the third ever edition of the London Marathon, Mike was among those to cross the finish line. From then on, he was hooked. 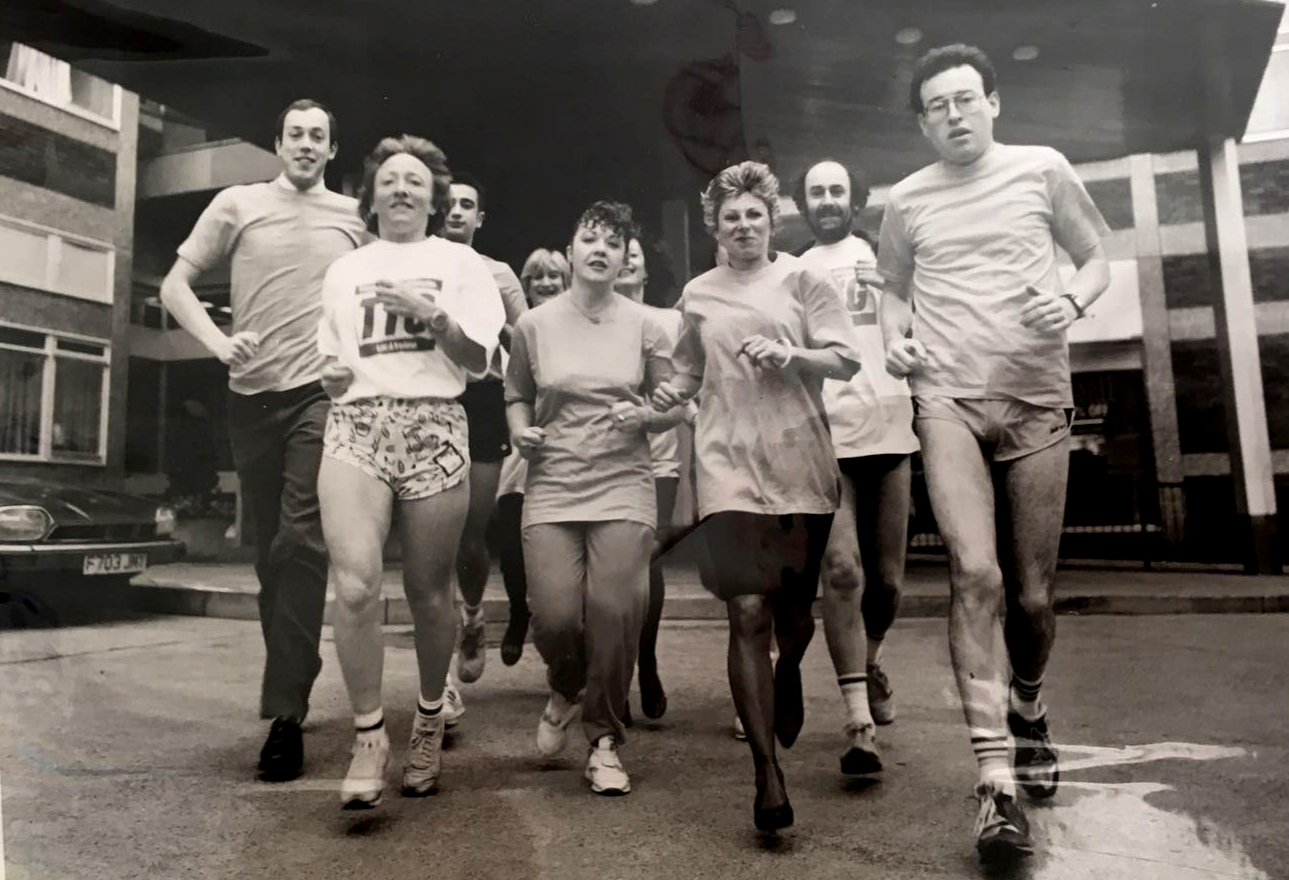 From that first London Marathon until his last in 2013, Mike has formed two running clubs (the photo above is from Mike's work running club). He has also taken part in no less than 70 marathons, and raised a staggering £30,000 for charity in the process. Some of these fundraising attempts have even involved him dressing up to collect money! 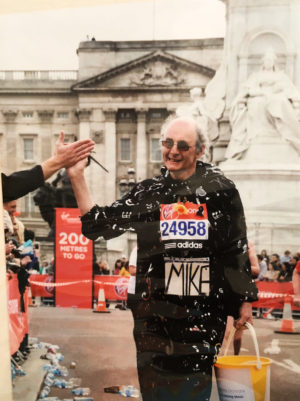 "For my last five marathons, I dressed up and bucket collected" Mike tells me. His wife Karen –who is also part of the South London Cares network – chimes in; "and I made the costumes!"

I ask Mike to tell me about his favourite running memory, and without hesitating Mike tells me about the Comrades Marathon that he ran in 2000 at 57 years old. The Comrades is a 50 mile run (!) that takes place in South Africa each year.

Mike managed to run the race in 11 hours and 40 minutes, crossing the finish line 20 mins under the allowed time. Mike  fondly tells me about Steve Cram – who, in the 1980's, was the Olympic gold medallist of the 1500 meters for England – saying to him at the last rest stop "I like your style Mike, off you go!" 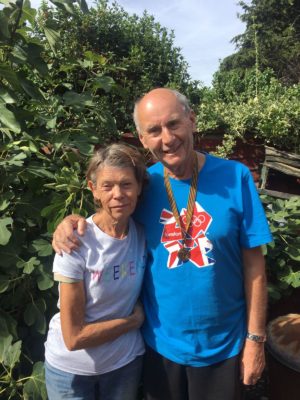 Well, I must say I like Mike’s style too! And although not everyone runs as far as Mike, I’m always in awe of anyone who laces up their shoes and heads out the door on a run – and especially inspired by those champions who take on a challenge for South London Cares.

If you are taking part in one of our challenges then I’m sure you’ll find Mike's marathon memories inspiring, and here are some top tips from Mike himself to help you while you train! 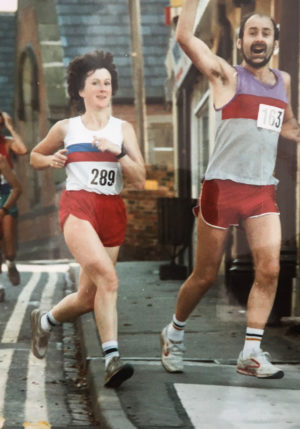 "Never over exert yourself and never do more than you are comfortable with. A lot of runners tend to do more than they should during training, or go off too quickly during a race. Resist this temptation as it will be your downfall. Go at your own pace and speed!"

"If you are running in London, you’ll mostly be running on concrete. So to absorb a lot of the impact your legs will get while you’re pounding the pavement, invest in good footwear, or buy gel insoles for your shoes. And finally, lookout for green spaces to train on!"

"Make sure that you’re drinking plenty of water and eating a sensible diet with lots of protein. During race week, eat lots of pasta towards the end of the week to get you over ‘the wall’ on the big day."

"Often it is far more enjoyable to run with other people than by yourself. I’ve done a lot of solo training, but I find that it is even better to run with company."

Inspired to take on a challenge? Check out what's coming up here, or email me at [email protected] to join Team South London Cares!

Johanna is the Development Manager at South London Cares. She heads up our fundraising programme, cheering on our donors, challenge fundraisers and all those that help to make our activities possible.