In light of the tragic murder of George Floyd and so many other racial injustices around the globe, the world has opened up an important, overdue conversation about racial inequality. At The Cares Family, we recognise that we’ve not done nearly enough to proactively root out racism both in our work and in our wider communities - and that’s why we’re taking action to educate ourselves so we can best support our friends, families and the communities we work in.

It’s easy to consider yourself not-racist by treating everyone equally, regardless of race - but we need to consider what it means to be actively anti-racist. Which is why, at the beginning of July, we linked up with The Anti-Racist Educator, a phenomenal organisation which works to make critical understandings of race and anti-racism from the academic realm more accessible to the wider community.

28 older and younger neighbours from South London Cares and East London Cares were joined by Mélina, co-founder and avid anti-racist activist who led a workshop for the South London Cares community on racial equity and specifically - how to engage in difficult conversations about race.

The first task was to split into groups and discuss our understanding of the word ‘racist’. As Mélina explained: ‘if we can’t agree on the meaning of the word, you can imagine how conversations about racism can go terribly wrong.’ 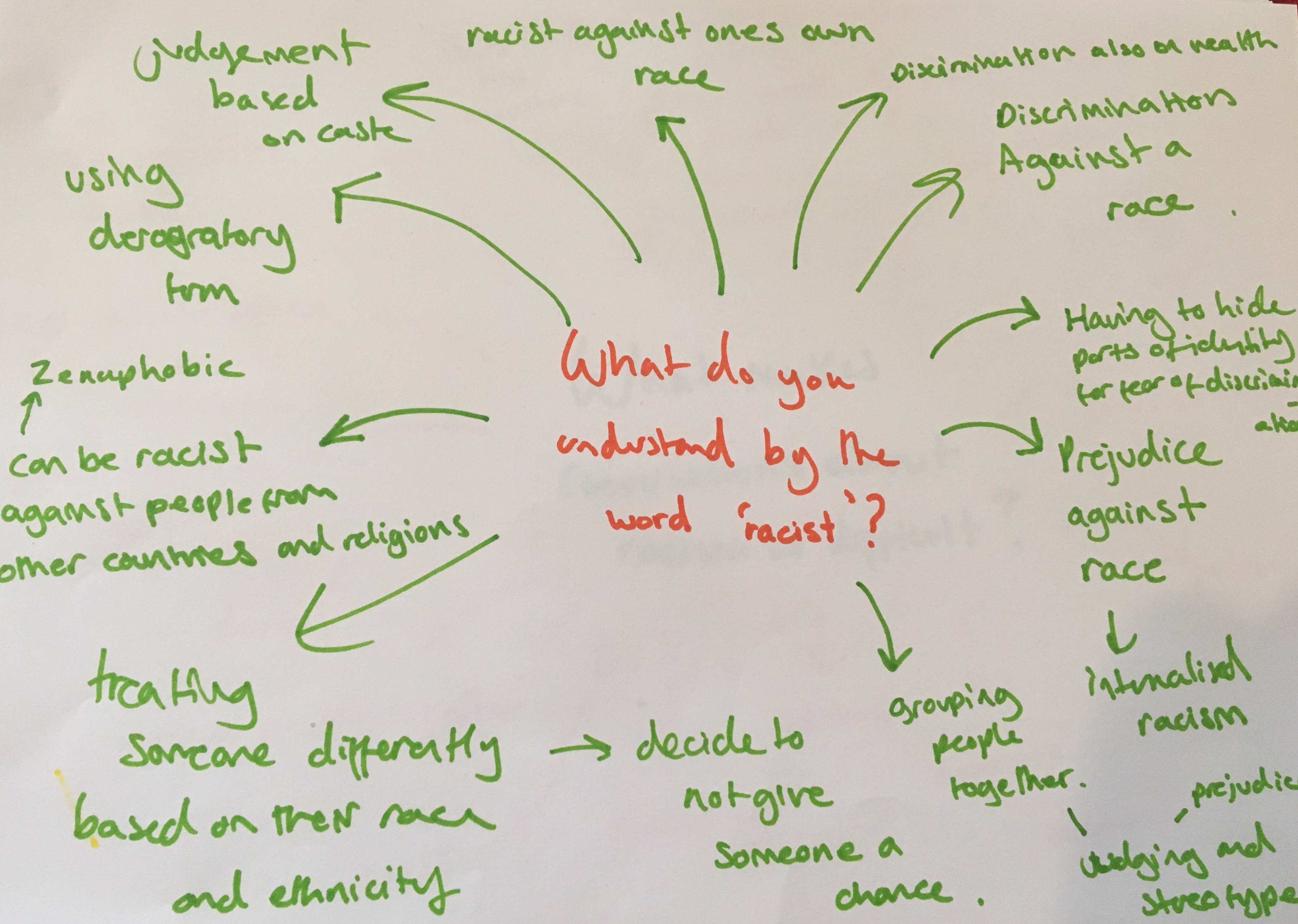 It’s not an easy feat to define the word ‘racist’, the term is more often than not used to describe an ill-intentioned overt act of racial prejudice - however, this is very limiting. As Mélina noted, ‘such a definition is restrictive, as it places too much emphasis on intentions and undermines the impact. Racism can absolutely occur unintentionally.’

So what makes conversations about race so challenging, if not impossible? The groups took some time to identify potential barriers to engaging in these difficult conversations: 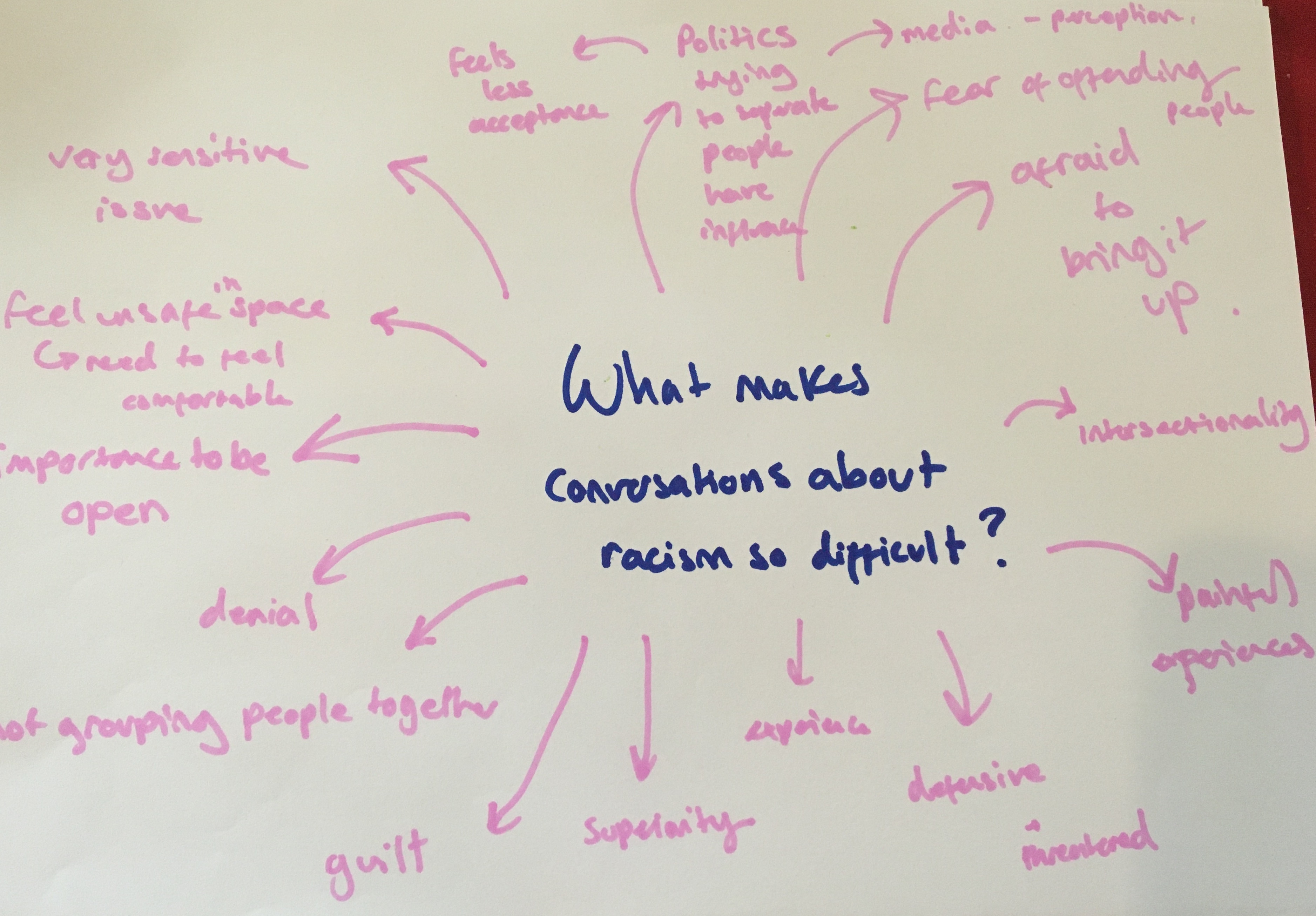 As you can see, the barriers are numerous and at first, seem daunting - but Mélina was on-hand to present the group with useful evidence and arguments to overcome all of them. If you're interested in reading about the barriers and solutions in-depth, the Anti-Racist Educator have a 'Post-Workshop Cheat Sheet' where you can access all the information that was discussed. 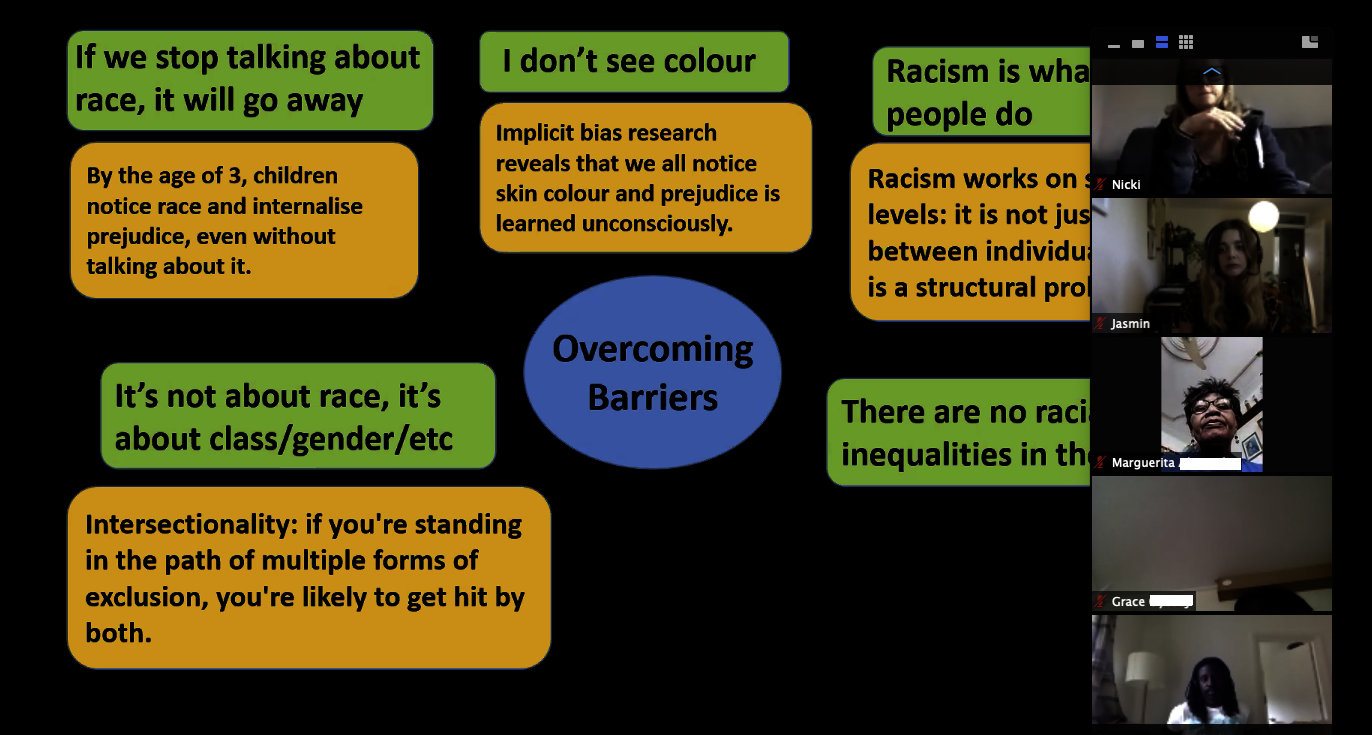 For the final part of the workshop, the groups were provided with a useful framework for engaging in productive racial dialogue, and had the opportunity to practice using the tools they'd learnt throughout the session. The conversations were raw, emotional and uncomfortable - but as The Anti-Racist Educator states: 'If you don't allow yourself to be vulnerable and shy away from challenges to remain in your comfort zone, you won't learn. Be patient - it takes time and persistence to improve ourselves.' 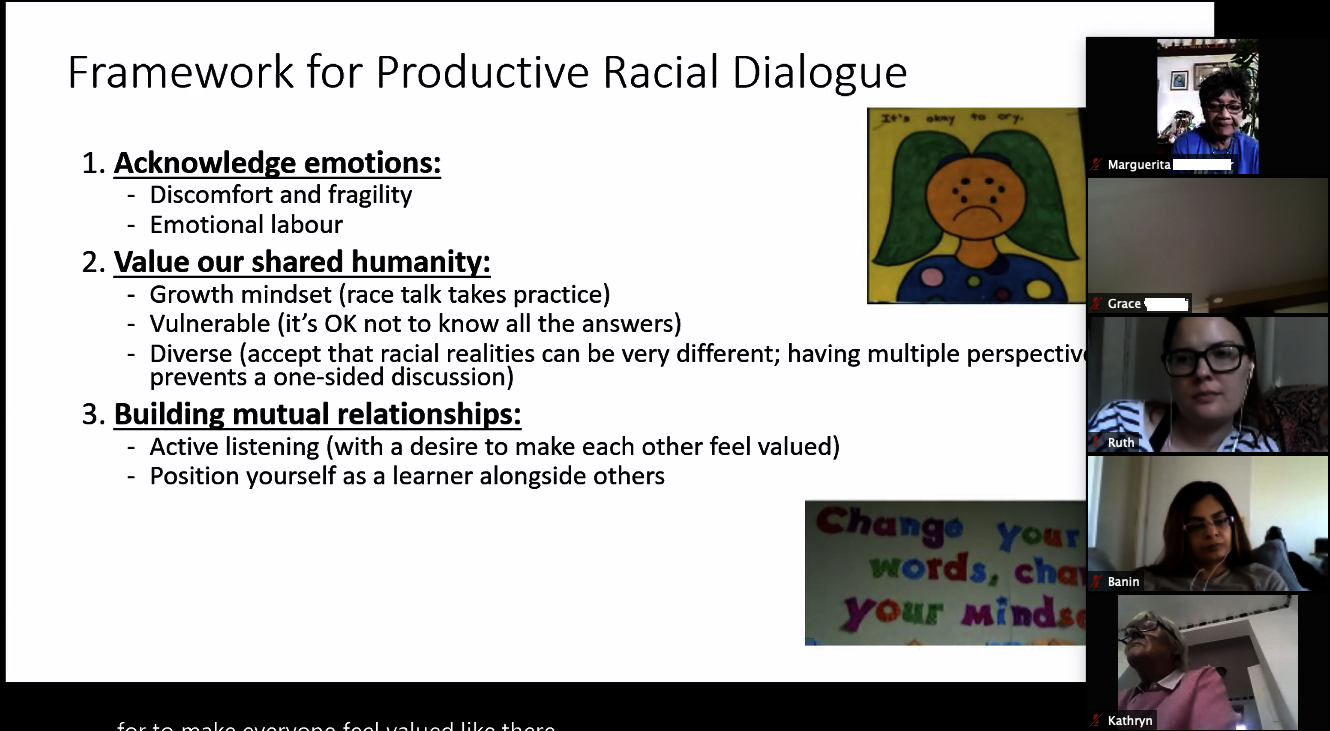 A huge thank you to Mélina and The Anti-Racist Educator network for providing The Cares community with this invaluable opportunity to listen, learn and practice engaging more confidently in conversations about race. From the feedback received, the responses were immensely encouraging:

"My thanks goes out to the organisers of the workshop and the teams involved in delivering it. It was very thought-provoking, and I’ve learned a lot. I definitely want and need to learn more, too." (Older neighbour, 78)

"Everyone should attend these workshops, I was surprised at how little I knew and how much I added to my learning in the short space of time."  (Anonymous)

"I feel much more confident in having these conversations with more people, the practical tools to tackle difficult conversations are fantastic." (Anonymous)

If you’d like to learn more about this critical topic, then head over to the Anti-Racist Educator website where you’ll find a plethora of educational and practical resources to support your journey. At The Cares Family we pledge to educate ourselves and provide space for our communities to learn too; be accountable for our own actions; and speak out when we witness racial injustice. Together, we can make a difference.

Olivia designs and delivers Social Clubs across Southwark and Lambeth. Previously, she worked at an SEN school in Swiss Cottage, before a stint teaching English in Madrid. You'll find her Pub Quizzing, Desert Island Disco'ing and trying her hand at Latin Dancing.