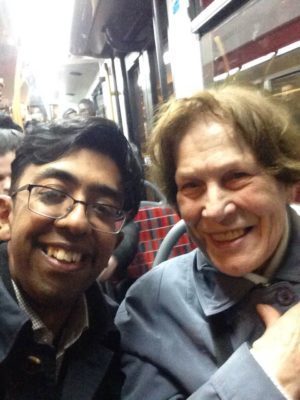 Situated in the south western corner of Lambeth, Streatham is a real hub for some of our longstanding older and younger neighbours. Many travel up to our social clubs together, and we’ve even heard coincidental stories like this one of Pat and Syed who bumped into each other on the 133! Being a little further out of the centre, Streatham is sometimes criticised for being inconvenient to get to, and is unvalued for its vibrant and diverse local scene and strong sense of community. So we’re taking the opportunity to turn the tables and celebrate the best bits of Streatham’s thriving neighbourhood.

Streatham has a remarkably rich history. Older neighbour Joan (83) has lived in the area since she was six years old, and reminisced about how the area has changed over her time there: “Streatham High Road was wonderful at one time, with nice tea shops, and the most beautiful department store called Pratts, which was part of John Lewis - everyone knew each other there.” 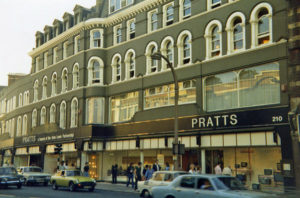 She also remembered how youngsters would come from all over the country to the Locarno Dance Hall, which opened in 1929. It was the place to go and learn trendy new dances, including the Lambeth Walk, and during its 80 years had performances from big names, from Charlie Chaplin and Audrey Hepburn, to The Rolling Stones and The Who. We also talked about the old ice rink, where as a child Joan used to go to watch the famous skaters practice.

Joan lamented some of the changes that Streatham had seen over the years, with many of these places she used to frequent closing or being demolished. She’s still fond of the local green spaces, including the Common, The Rookery and Tooting Common across the other side, and the diverse range of cafes and delicatessens, from Portuguese to Italian. 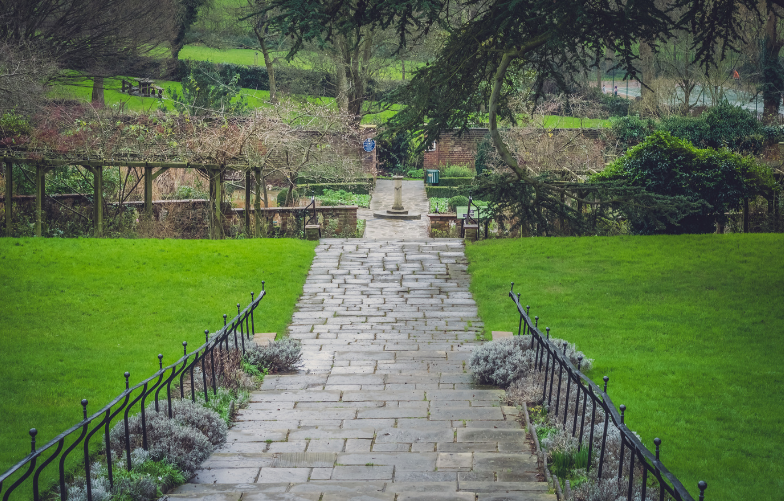 Another established Streatham neighbour, Pamela (87) also noted how different the area looks now. She’s lived here for many years, trained as a social worker and ran a children’s home in neighbouring Tooting. She’s seen a younger generation move into the area, and the opening of new businesses too, although said that many of them had been hit hard by the financial impact of the pandemic, causing a number of closures. 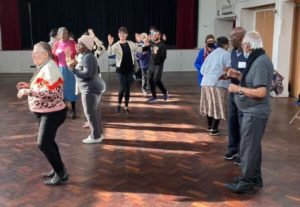 Both reflected that Streatham still had a strong sense of community, especially among the older generation. We’re pleased that we form part of that network, with two of our regular social clubs taking place in the area, our popular Ballroom and Latin dance class and our new club at Streatham Common Community Garden. Streatham is also home to some of our wonderful Love Your Neighbour matches. Barbara (70) and Maria (30) have been building a friendship for six months now, and take regular local walks together. Barbara appreciates how well Maria knows the area; she is always recommending Barbara new coffee shops or showing her parts of Streatham she hasn’t seen before. 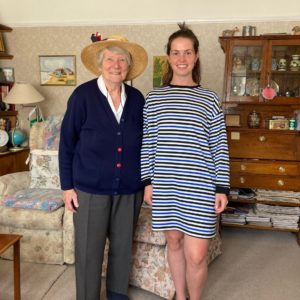 Sandra (79) and Eleanor (29) were only introduced recently, but are already making plans to take a stroll in the nearby Rookery Gardens with Eleanor’s puppy, Goldie, and grabbing fish and chips from their local takeaway. We met older neighbour George (76) at a Streatham-based outreach event, and since then have paired him with younger neighbour Mairead (31). They’re keeping in touch on the phone for now, chatting about George’s interest in photography and architecture, but are hoping to meet up in the local community, perhaps to explore some of Streatham’s famous buildings.

We know we’ve only scratched the surface when it comes to what Streatham has to offer, and the stories those who live there have to tell. We still have many more Streatham neighbours keen to build a friendship with a younger local. So if you live or work in the area, and you’d like to hear more of the anecdotes and history shared here, why not get involved in our Love Your Neighbour programme to get to know an older local and learn more about your community? Sign up here.

Lauren leads on our Love Your Neighbour programme in Lambeth, connecting younger and older neighbours for one-to-one friendship. Lauren was born and bred in Lambeth, and some of her favourite places include her local pub in Clapham — where she can be found on both sides of the bar — and south London's Colombian bakeries: she's a sucker for empanadas!